The Turtle Rock Studios, developers of Left 4 Dead have been announcing the release of their new game, which is Back 4 Blood. Certainly, at the end of 2020, we got to see the Alpha of the game but the Beta is left and the game is to be released in the year 2021, October.

Besides this, you might be wondering about the similarities between Left 4 Dead and the Back 4 Blood or is it worth the shot or not. You can check my article of Back 4 Blood overview; is it really the same as Left 4 Dead? So, without any further delay, let me review the Closed Alpha of the upcoming game, Back 4 Blood.

So, there is a team of four and you have to pass through a series of apocalyptic levels, you also have to make new paths for your passage to the next level.

Frankly, most of the concept of Back 4 Blood is taken from the old Left 4 Dead. Like, the campaign of the game as per Alpha is broken down into smaller parts, while the squad has the ability to stock supplies, rest and heal at a safe zone.

Also, between each level, you get to rest at your luxurious Safe Zone and there are weapons, explosions, melee weapons, that are used to kill the zombies. Same as the old game, you get to test your throwables like Molotov and such.

In the Closed Alpha, you get to enjoy a singular zone and in around 80 minutes or so, the squad expects to beat the levels. There are four levels and all represent the older part of the game.

Similarly, there are woods, towns, foggy places, Eerie, and some abandoned warehouses along with homes and cards that make up a single stage of the game or the map.

There are waves of Zombies but the Zombies themselves are broken down into various types like the Super Zombies, the Zombies that throw Acid, The Goo Splosion, Hazardous Zombies, Witch type Zombies, Snitch Zombies, and such. You can check my article on the Enemies, character and more by the name of Back 4 Blood; Characters, Zombies and More.

All in one, most of the Gameplay you will find in the Closed Alpha is the same as the Left 4 Dead. 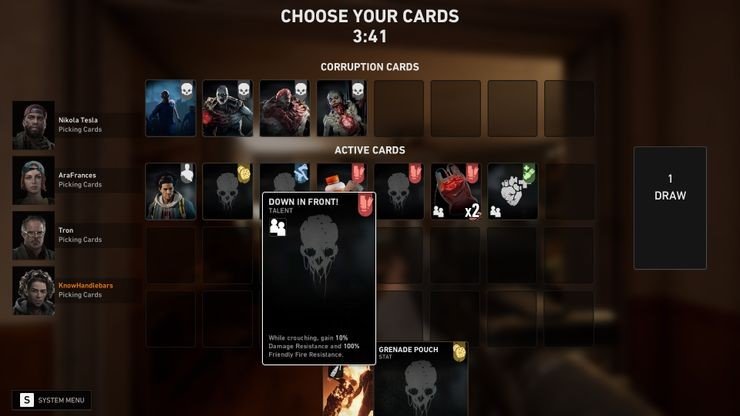 Here, you will start to notice the change between the Left 4 Dead and the Back 4 Blood, which is the new Card system. Yes, you might think that it isn't some type of digital money-making game nor a solitaire that is present in the game.

But wait, the Turtle Rock Studios didn't put a card system in the game to be made fun of. In Closed Alpha, the developers tried their best to not show what the game card is about because it might decrease the fun of new mechanisms in the game.

What are these Cards?

The cards are the altering mechanism in the game that change the original game standards like offering various perks and boosting certain stuff. In the Alpha, you can figure out that it might be like less stamina when you are sprinting or tweaks in the gameplay like instant reload and stuff.

Inside the Closed Alpha of back 4 blood, you can see there are various cards like the Breakout talent, Berserker Talent, Trophy Hunter Talent, Blood Donor Talent, Canned Goods Stat, Cross Trainer Stat, Pyro, Caretaker, Hunker Down, Dual with the Devil Talent and much more.

Any Microtransactions or Purchases?

But, the question remains, will you have to purchase it or will any type of Microtransaction take place that opens other cards? Well, according to Arstechnica, Chris Ashton says, “The run of these microtransactions were not good with Evolve and we are not sure that it will work again.” Therefore, we can rely on the fact that the Turtle Rock Studio will put it in a DLC or free of cost inside the game as a new mechanism.

Well, randomness is what comes with the whole card system of the game. In the Alpha, you can see that the cards are not that simple and it is also not like that you slap the card on the table and you have a perk on your character.

There is quite a limitation to the whole system like there are around 15 cards and you have to take the cards when you are into a campaign level. They are also randomly in the safe zone.

It is basically like the real deck of cards, where you are able to shuffle them and pick one. Here, the logic is somewhat the same. In the Back 4 Blood Alpha, you can also see that the cards are dozens in amount, while the division even narrows them down.

Some are meant for the attacks (melee), others are meant for attacks (ranged/weapons), some apply perks to your own character and some give abilities to your teammates or squad members.

If you dig deep enough in the Back 4 Blood closed Alpha, you can see that there are also in-game cash boosting cards and there are the discovering cards as well. But, the limitation to them is their randomness, varying the various tactics of the game.

While you might not have guessed it, there are quite a lot of tweaks you can do to the game itself like players can purchase weapons, upgrades, or even items at the safe zone. There is also the tradeoff of deck building, while you get represented with the copper earning boost that can increase the traits and perks.

There are even items you can purchase that can let you open the doors without tripping the alarms, open locks to the rooms, pick locks and have much more than you can possibly imagine. 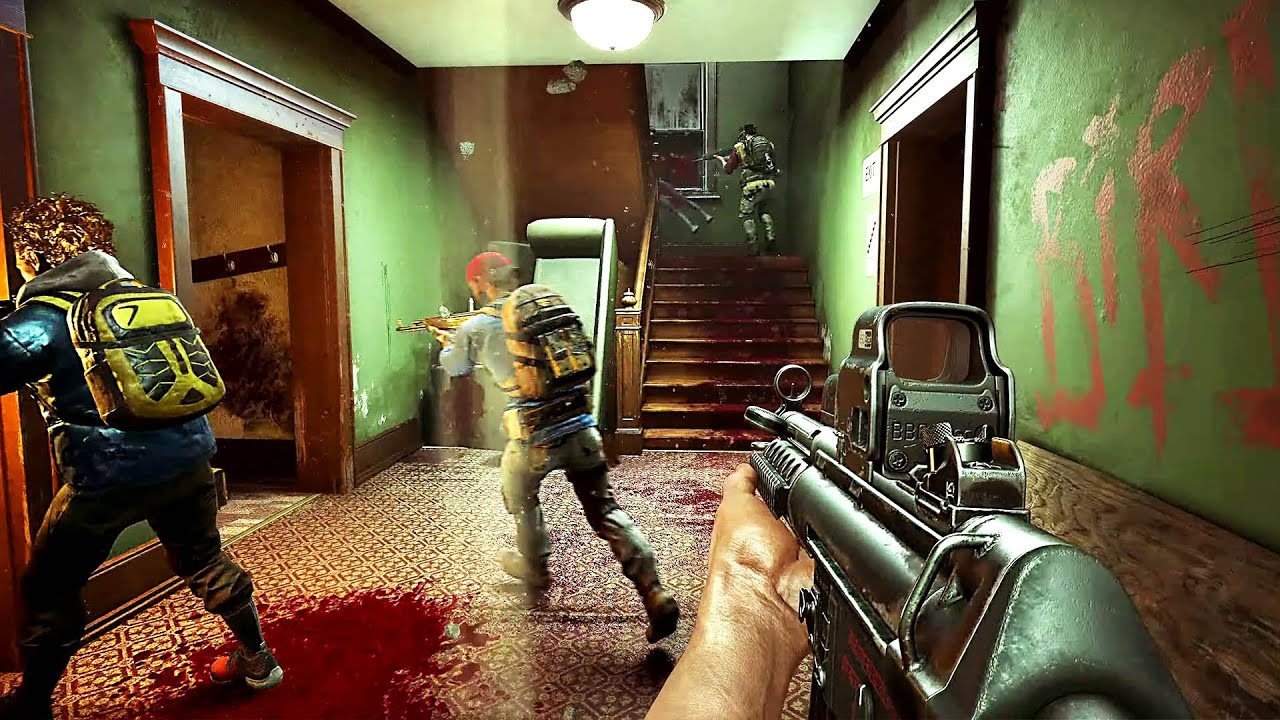 Now, talking about a bit of Gameplay, the game itself has a much better spread of guns than the Left 4 Dead could possibly have, the shotguns have a bit of kick to it, the machine guns mow crows nicely and the recoil is there to provide a bit of challenge to you.

The melee weapons are not to be left behind because in the Alpha you can see that they do amazing damage, but there is a limitation to it. There are some critical points on the enemies and when you aim and hit them with your Melee weapons at the perfect time, they do some nice damage.

When it comes to the overall gameplay, you can basically put the card on your melee to bash groups of zombies or hit a zombie singularly to kill them. So, you have to simply make a deck of cards that go well with your play style and your arsenal.

Back 4 Blood Closed Alpha paved a way for us to figure out what the official game will be like but not totally because the final shape of the game is when the game will officially be out. From the Closed Alpha, I can figure out that it will be a good experience for the lovers of Left 4 Dead even after finding out that it is somewhat similar to Left 4 Dead.

Ultimately, the years of gap between the two and the original Developers Turtle Rock Studio returning to make the game makes it really something to try. All in one, I will recommend all to try the Alpha and wait for the final launch to play this masterpiece. If you like, you can also check my other articles like Back 4 Blood; What should be your expectations and Back 4 Blood; is it really the Left 4 Dead 3 we have all been waiting for.

SamuraiBlue
You like gaming? So do I. Always ready to chat about gaming news