So if you want to eat Garvan head, to get the additional bartering and also not to betray Liam there is a trick.

Once you gill Garvan get his head. You can kill him in many ways:

Now after you have the head go to Liam. Make the character which has bartering skill use Mask of Shapeshifter to turn to elf.

Now start conversation with Liam with another character and stop before this dialogue: 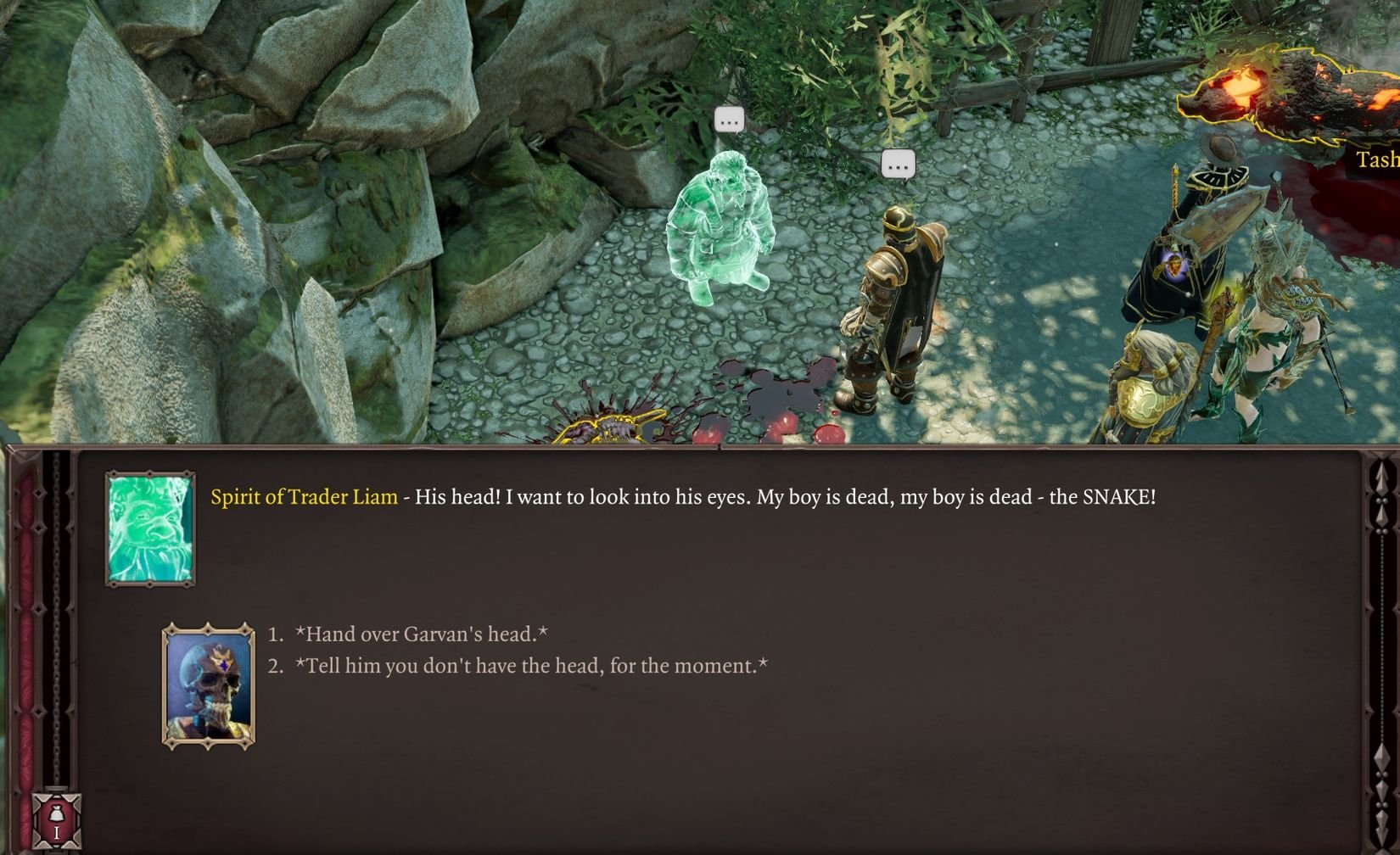 Stop here and change to the character which has turned to elf and eat the head:

And once this done go back to the character talking with Liam and hand over Garvan's head:

Congratulations, not only you helped the dead dwarven trader, but also increased your bartering skill permanently