This is a short quest found in Black Pits area. I think it is fairly easy to miss some of the steps which may result in some missed xp for you.

First you will meet some magisters near the burning house: 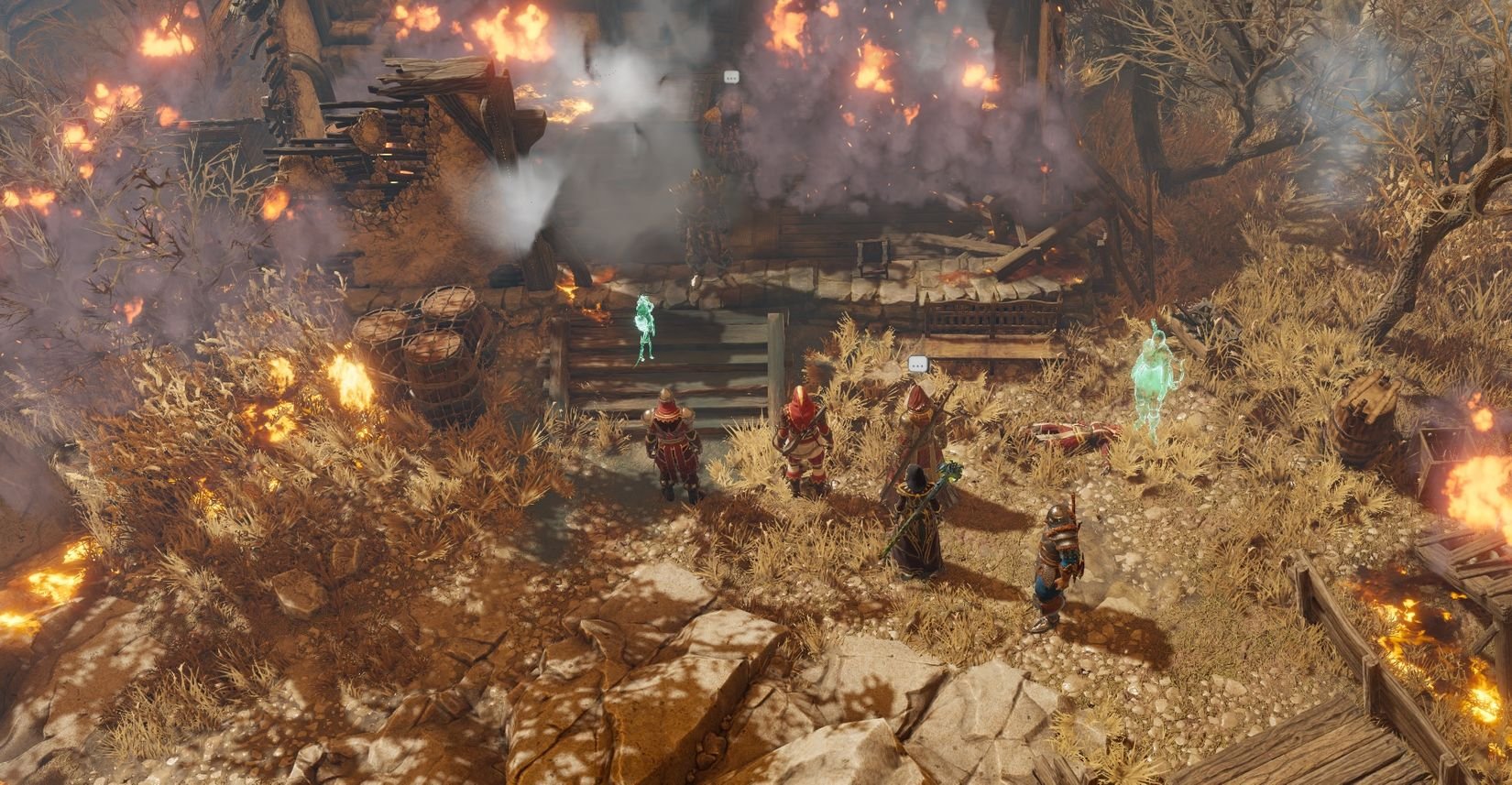 Before starting the quest I would also suggest to clear out the magisters near the gate. This way it will be easier to fight the ones near the house later on + you will get additional XP: 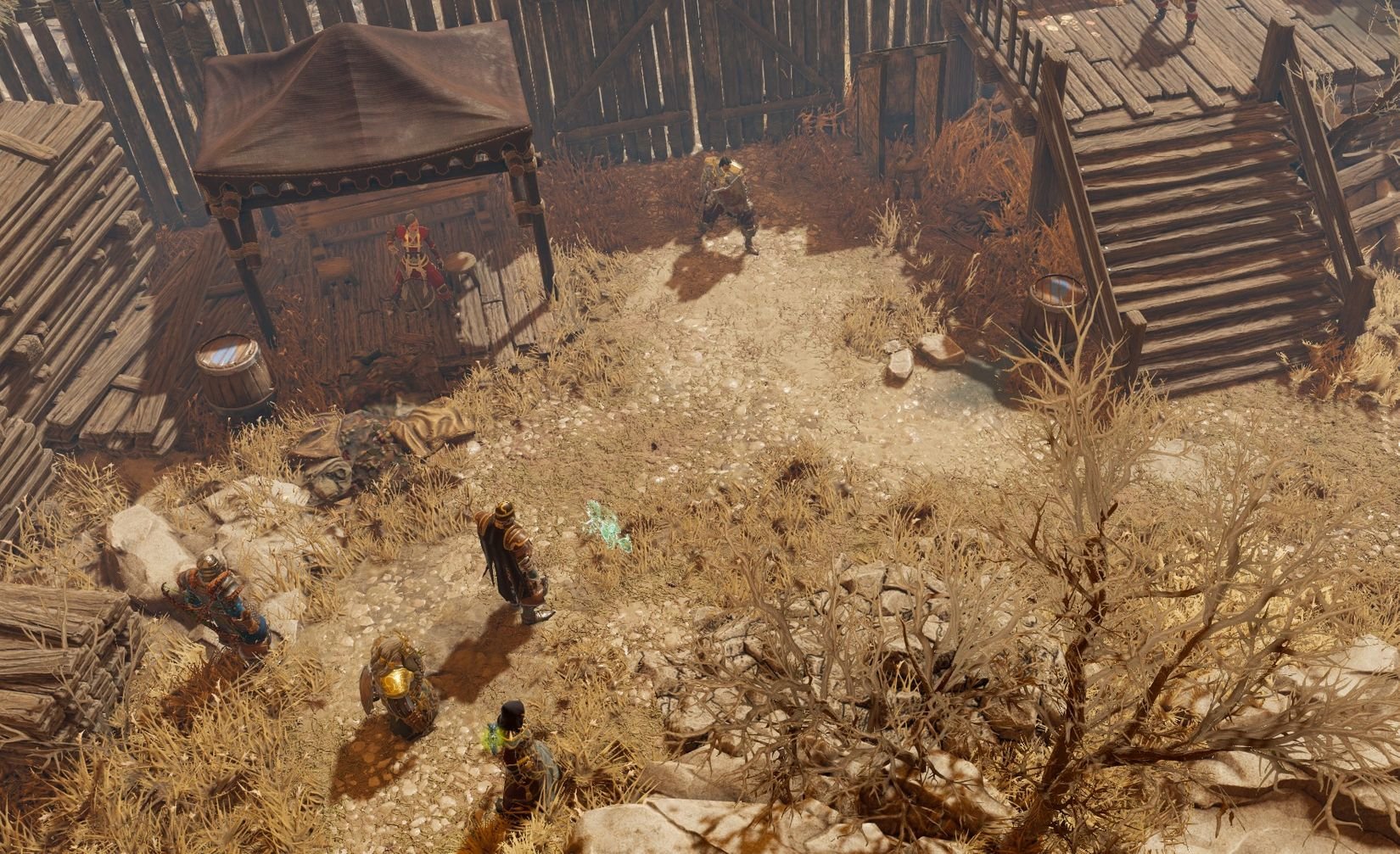 Now for “No Way Out Quest”:

The quest is done. However, I have alternative path, before you start the fight

Once you leave the house, while one character is talking, take other three characters to the cliff near the cemetery, as it overlooks the burning house. Be sure to have “Teleport” skill: 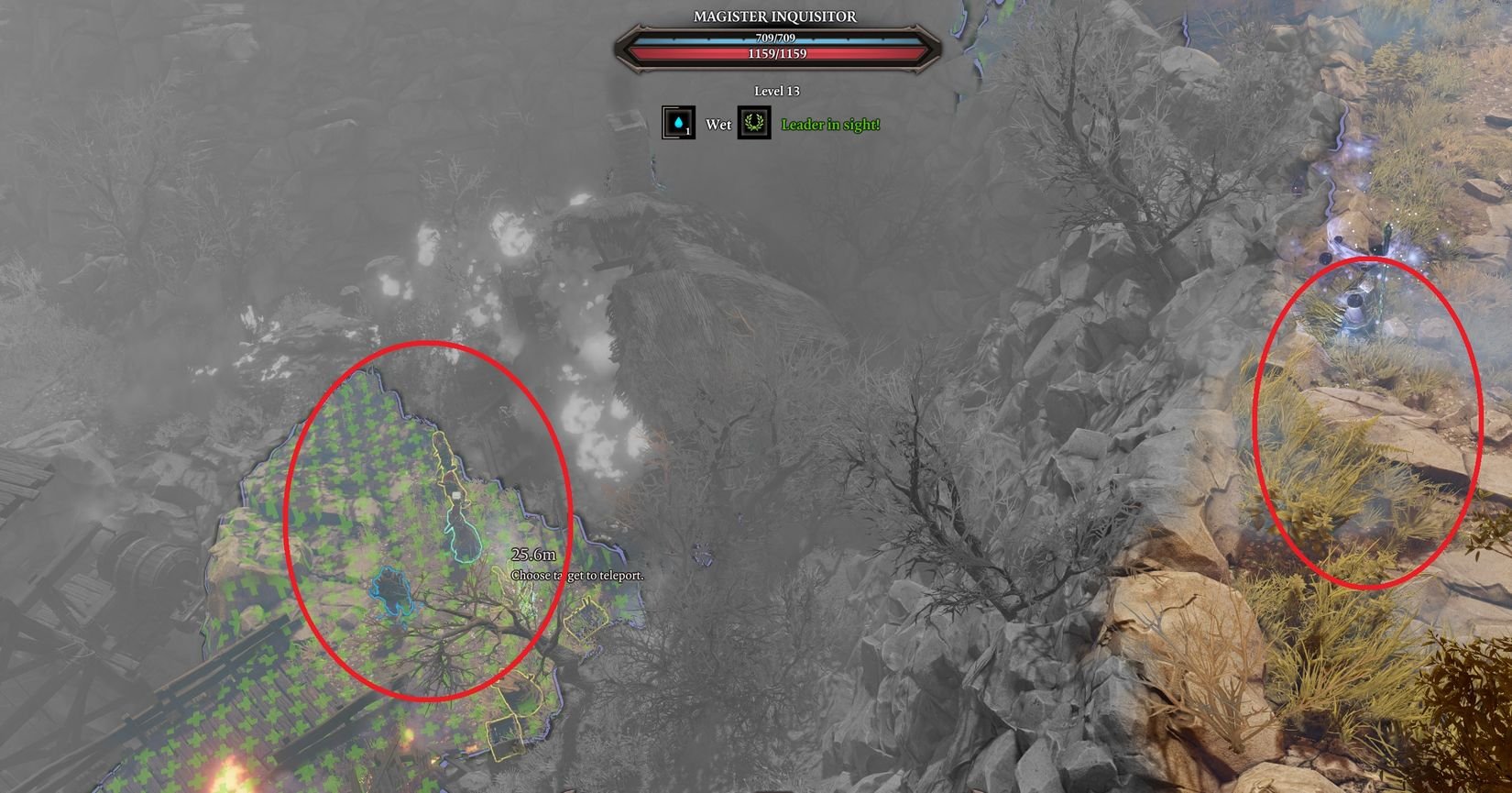 Now you can teleport Magisters on by one and kill them easily in 3 vs 1 fights.