A funny quest which I recommend on doing in this specific way to maximize your rewards. The quest also requires to use some specific tactics: special ailment status on trolls so that they would not regenerate their HP

To start the quest talk with Grogg at the western side of the map, initiate the quest by suggesting to help him to kill his rival. 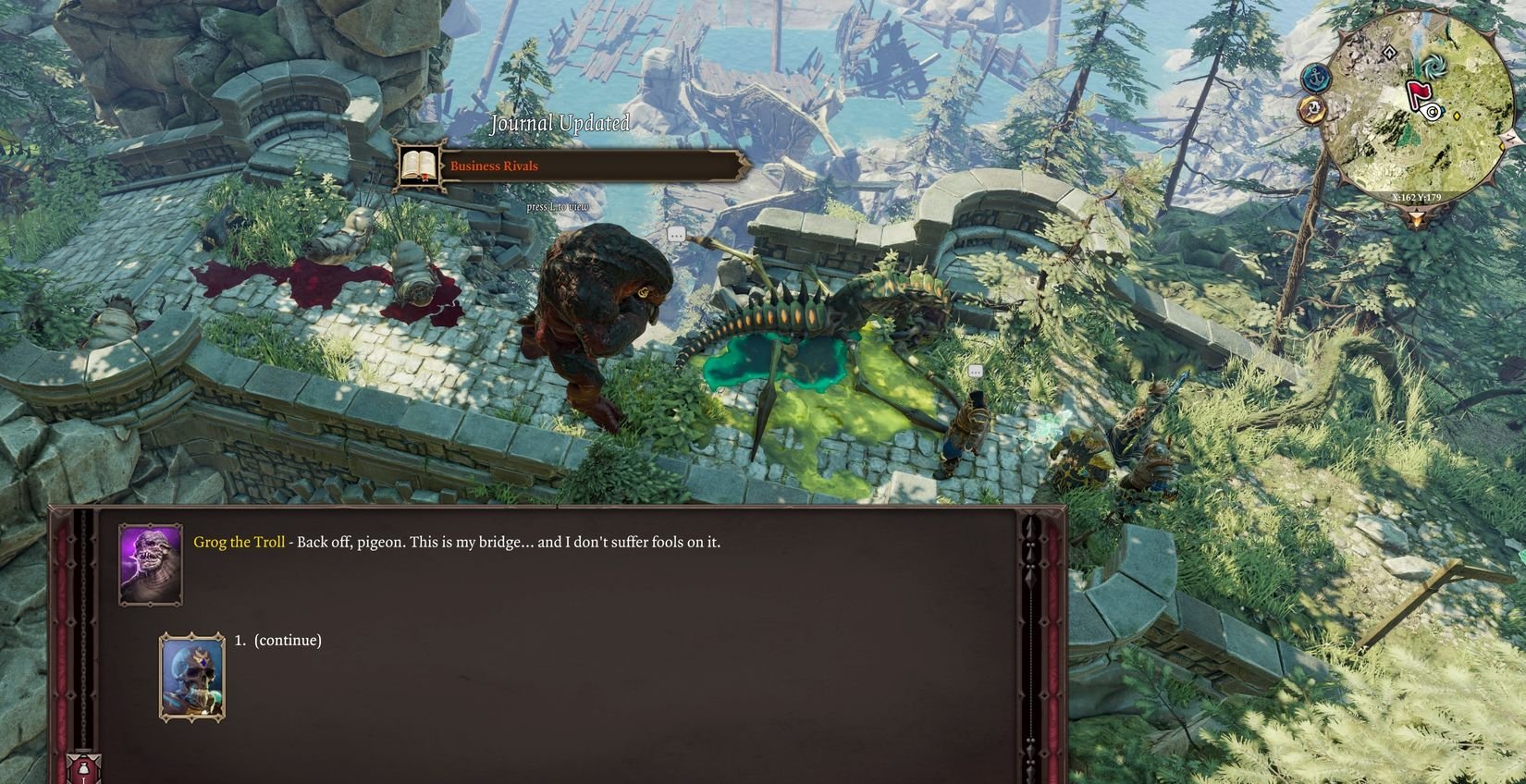 After that go to Marg, and tell that Grogg asked to kill him: 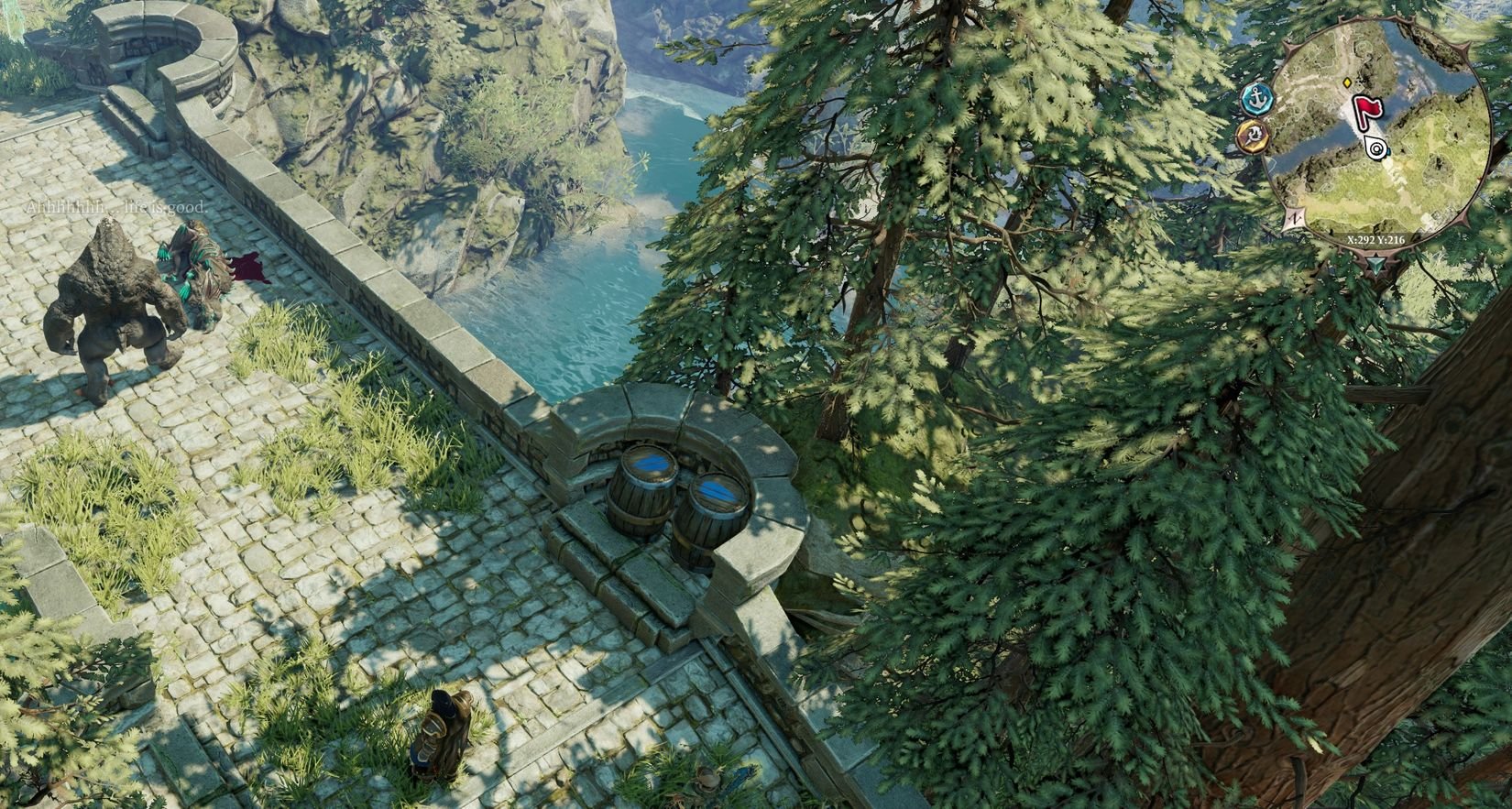 Now agree to kill the Grogg and go back to him. You should not tell anything about the deal yet, but initiate conversation and ask to cross the bridge. Pay the 5000 gold. You can take it back by having a character with high enough Thievery. This will net you additional XP.

The next step is to either attack Grogg, or initiate the fight via dialogue. Kill him. The idea of the fight is to constantly keep Grogg stunned and on fire. Because his blood regenerates his HP when he is standing on it. This will net you some sweet loot and large chunk of XP.

Once you are finished, go back to Marg. Inform him that you successfully killed Grogg. Close the dialogue and claim your reward.

Now kill of Marg, the idea of the fight is similar as with Grogg. You need to keep him poisoned for the fight. So do not use water attacks or fire. Charm skill also works really well.

Once you kill him you will gain additional XP and some legendary drops. Following these steps will net you the maximum amount of rewards available for this quest.