Northern Hunter is a dragon that you will encounter in Crestwood after you activate the Dam. His location is at the bottom of the map near the Fereldan Wyvern statues: 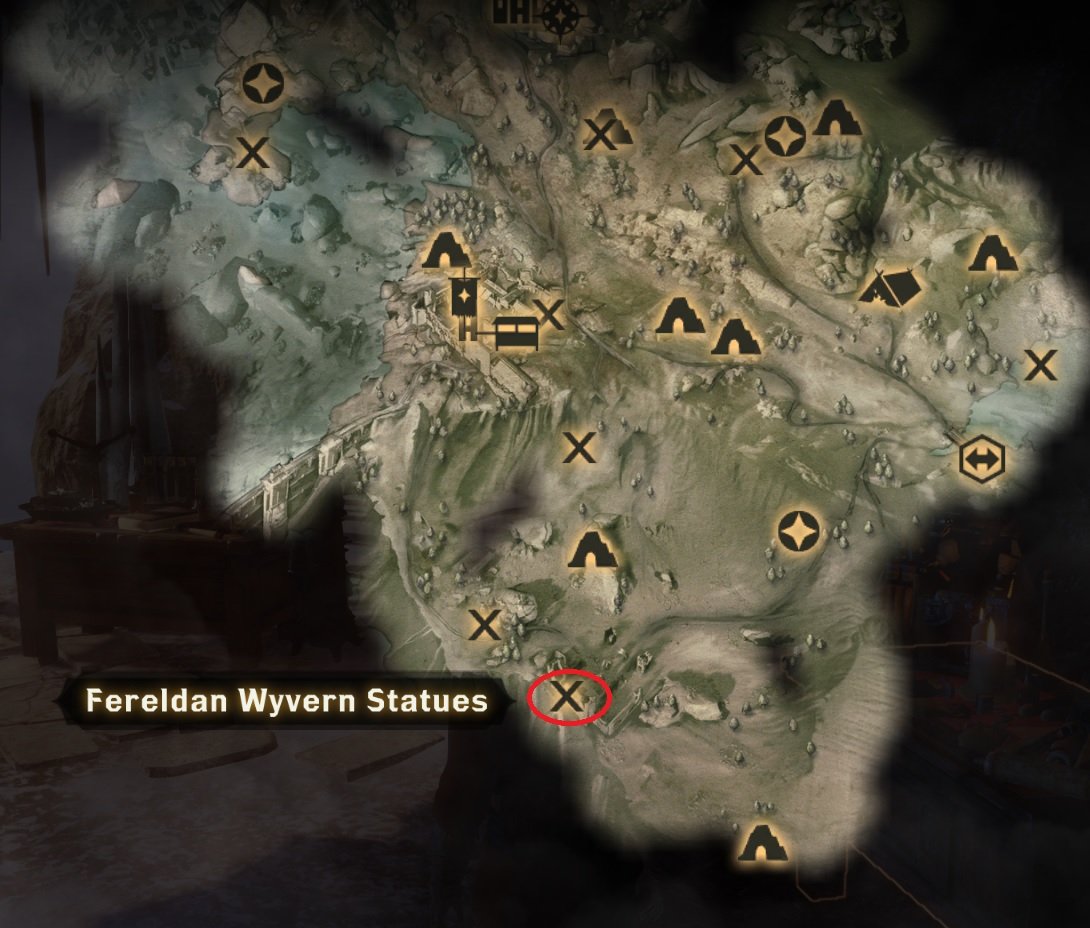 Have your party members spread out and keep their distance from the dragon. The tank should be the only one staying close to him. You can use him to jump over his hand attacks. Moreover, you can easily outrun Northern hunter breath attacks, in a way that don’t damage the party

The dragon will get on his fours, roar and you will see purple circles below your party members:

This is your signal to keep your party members away from each other. As after a second a lightning circle will appear on each character: 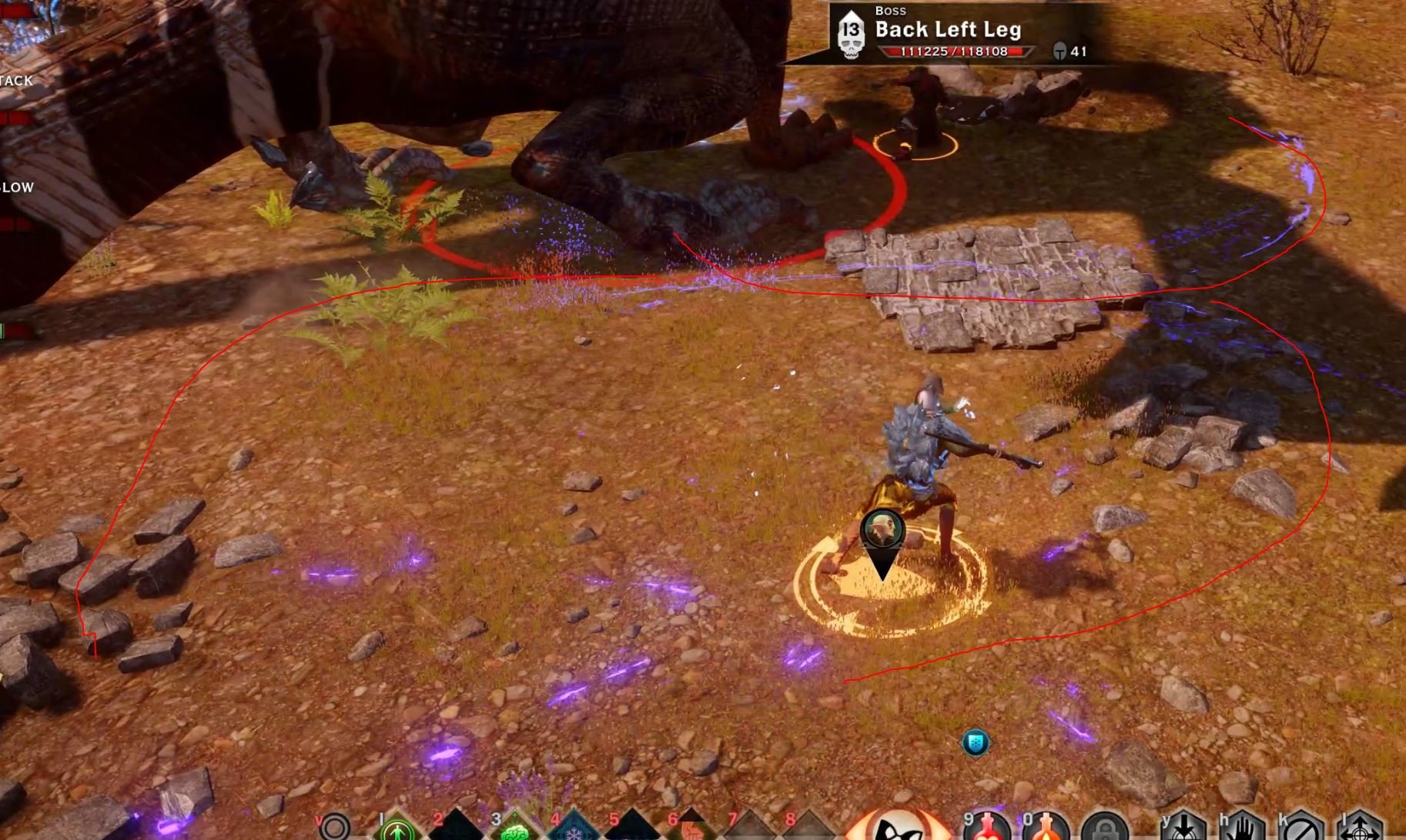 They will deal minor damage, however, if party members stand close the damage will be multiplied.

During vortex (where he plants his feet to the ground with metal sounds) attack move your party members close to the dragon into the wind circle. Fairly simple. However, if you have lightning circles when this happens, be ready to position your party correctly: 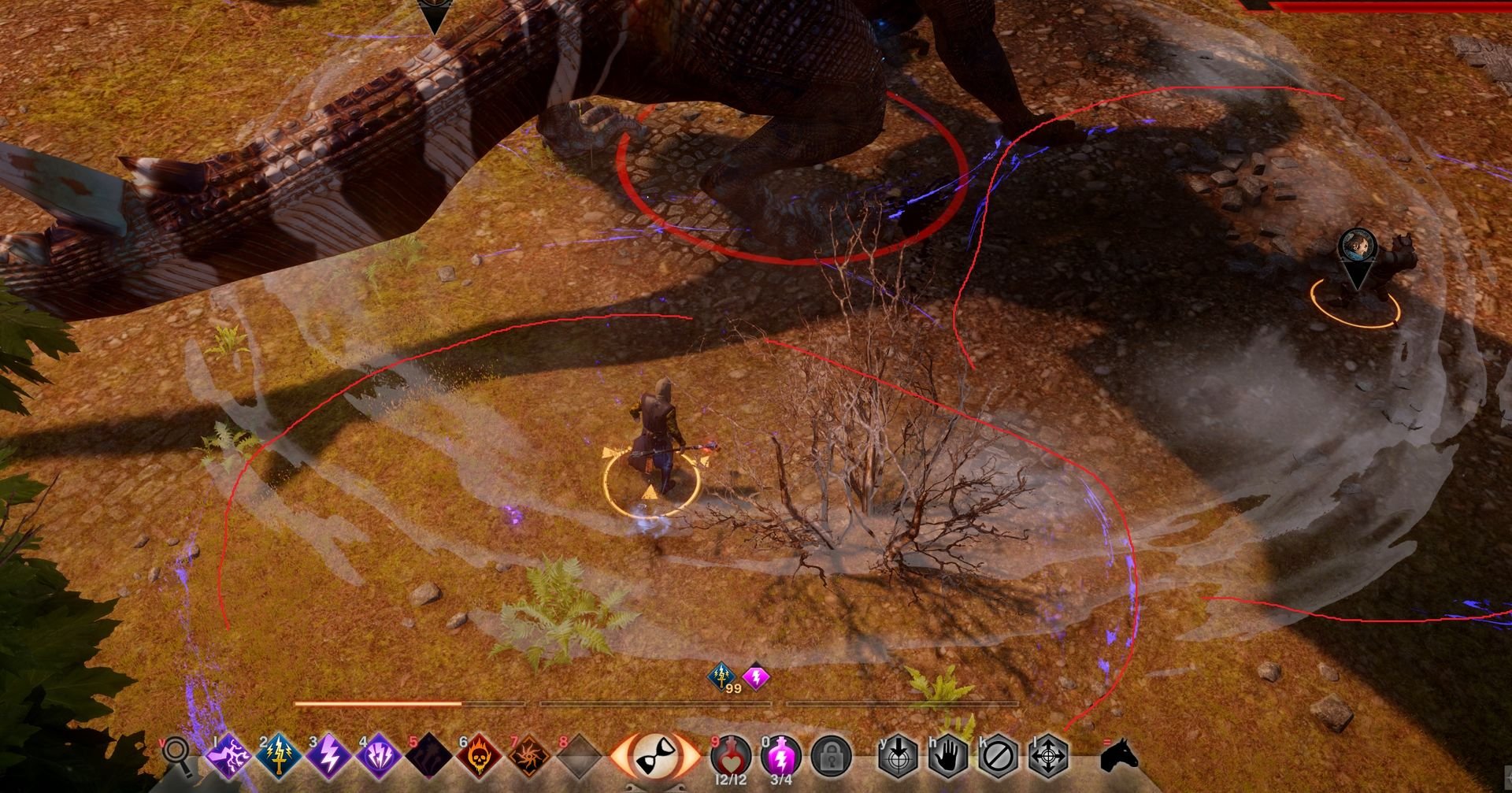 As there are no phases in this fight, keeping your distance with ranged characters, not using lightning skills and staying with decent health. Should allow you to beat him.

In case a party member dies, only resurrect him when you have no lightning circle below you. Otherwise, he will die (if he will not be fast enough to use the potion), due to tick damage.

Congratulations, if you managed to beat him. Feel free to leave a comment if you have any difficulties beating him.