Along Geralt of Rivia's initial quest in finding Yennefer of Vengerberg, he and his master Vesemir rides along the war-torn village of White Orchard. Filled with mini quests and encounters, the village serves as a tutorial area for beginners to get the gist of what the game will have to offer. It is also the place where we will encounter Geralt's first and memorable contract: the Devil by the Well.

In this walkthough, we will show you a step-by-step guide on completing the quest.

1. Start the Contract by examining the Notice Board in town 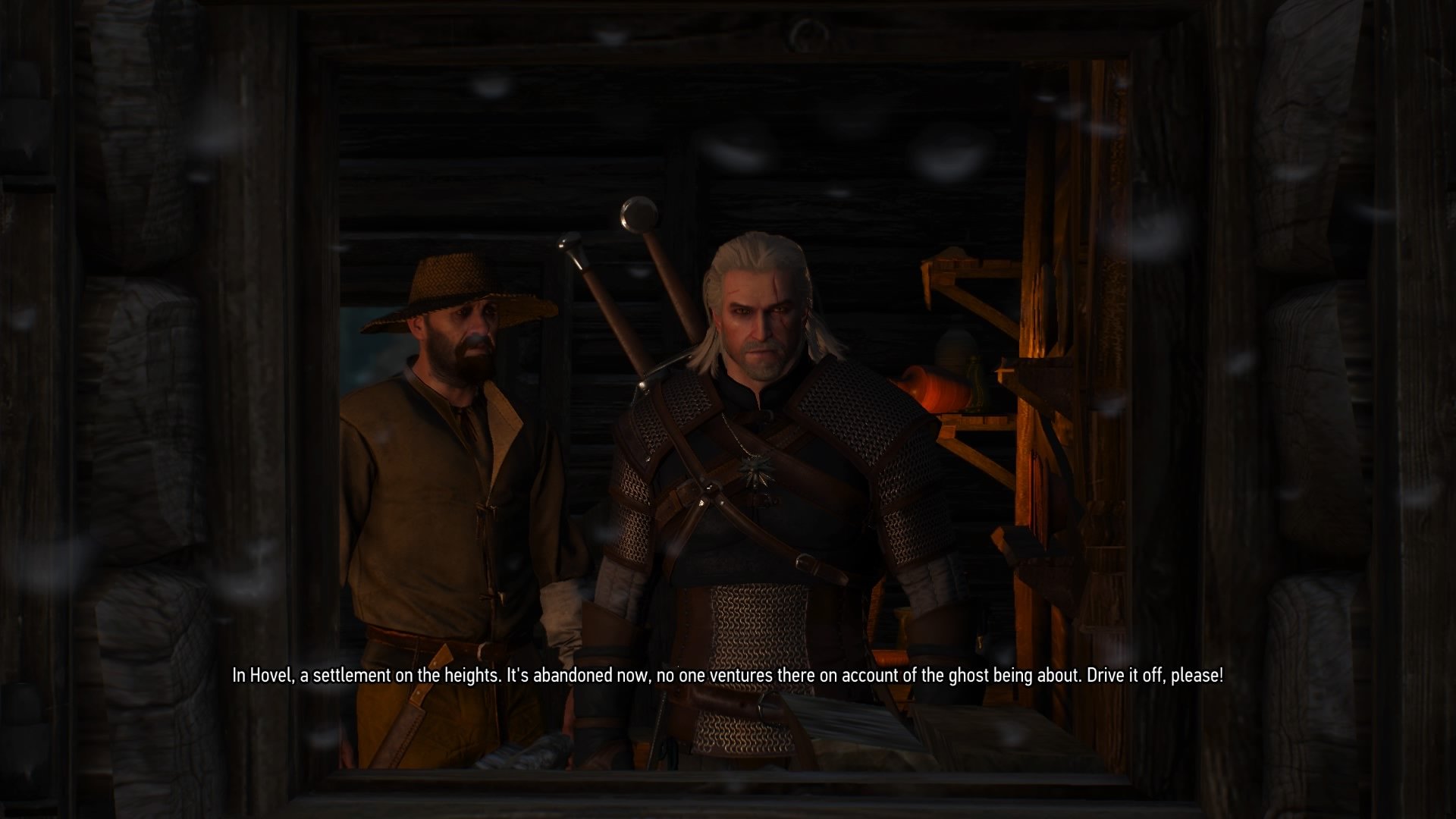 After reading the Contract, follow the quest marker to Odolan's house, where you will learn that the town's source of water has been depleting after the spoils of war, and the only way to acquire clean water is by the haunted well. He would prompt Geralt to investigate the area, and you have the choice to haggle for coin reward. 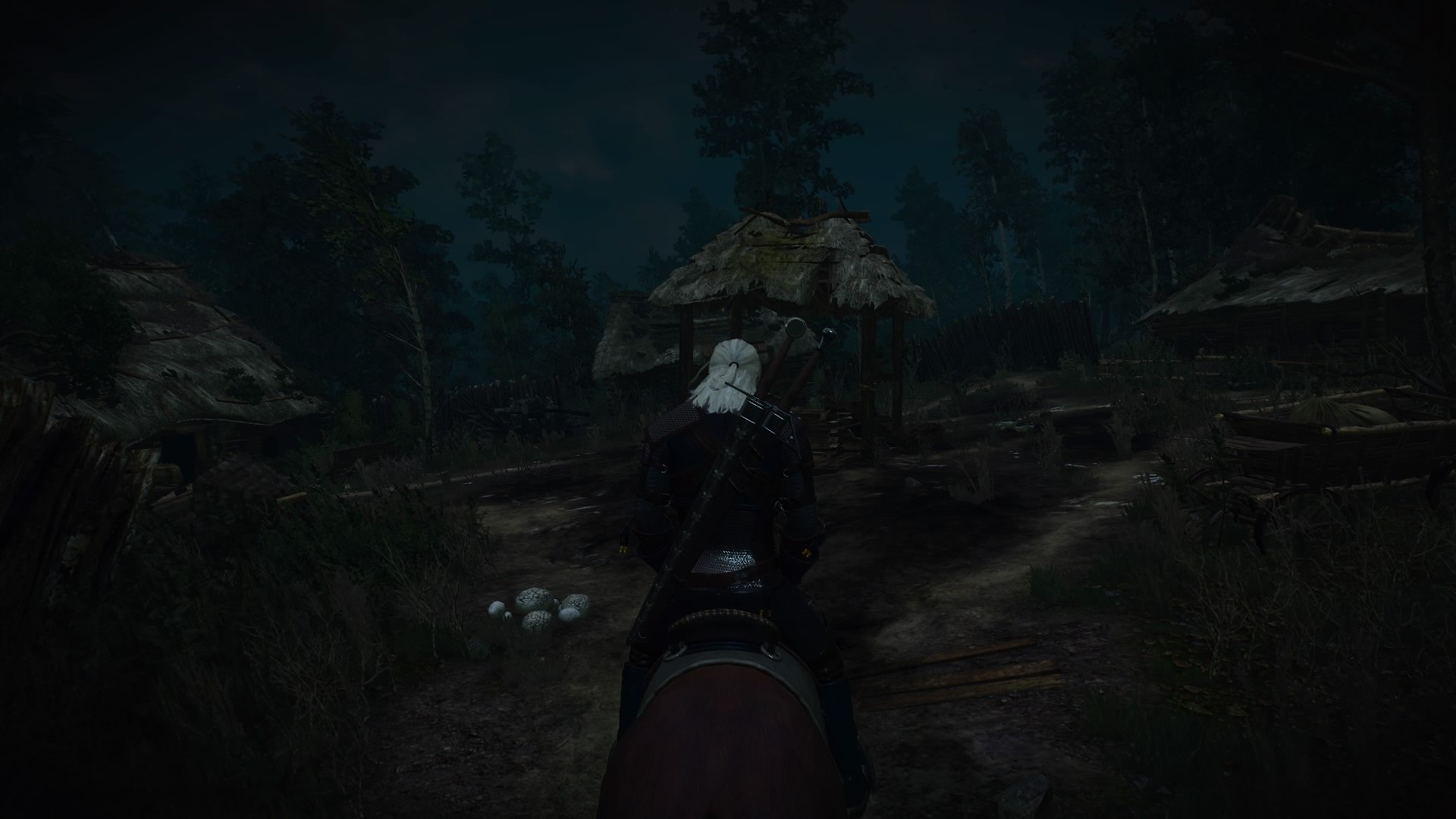 The quest will take you just a bit south to the Abandoned Village where you'll find the aforementioned well in the centre. Head down further the road where you'll examine a decaying corpse. Shortly after, Geralt would come into a conclusion that the mosnter in suspect is a noonwraith. Make your way into the eastern hut where you will find a diary written by Claer. 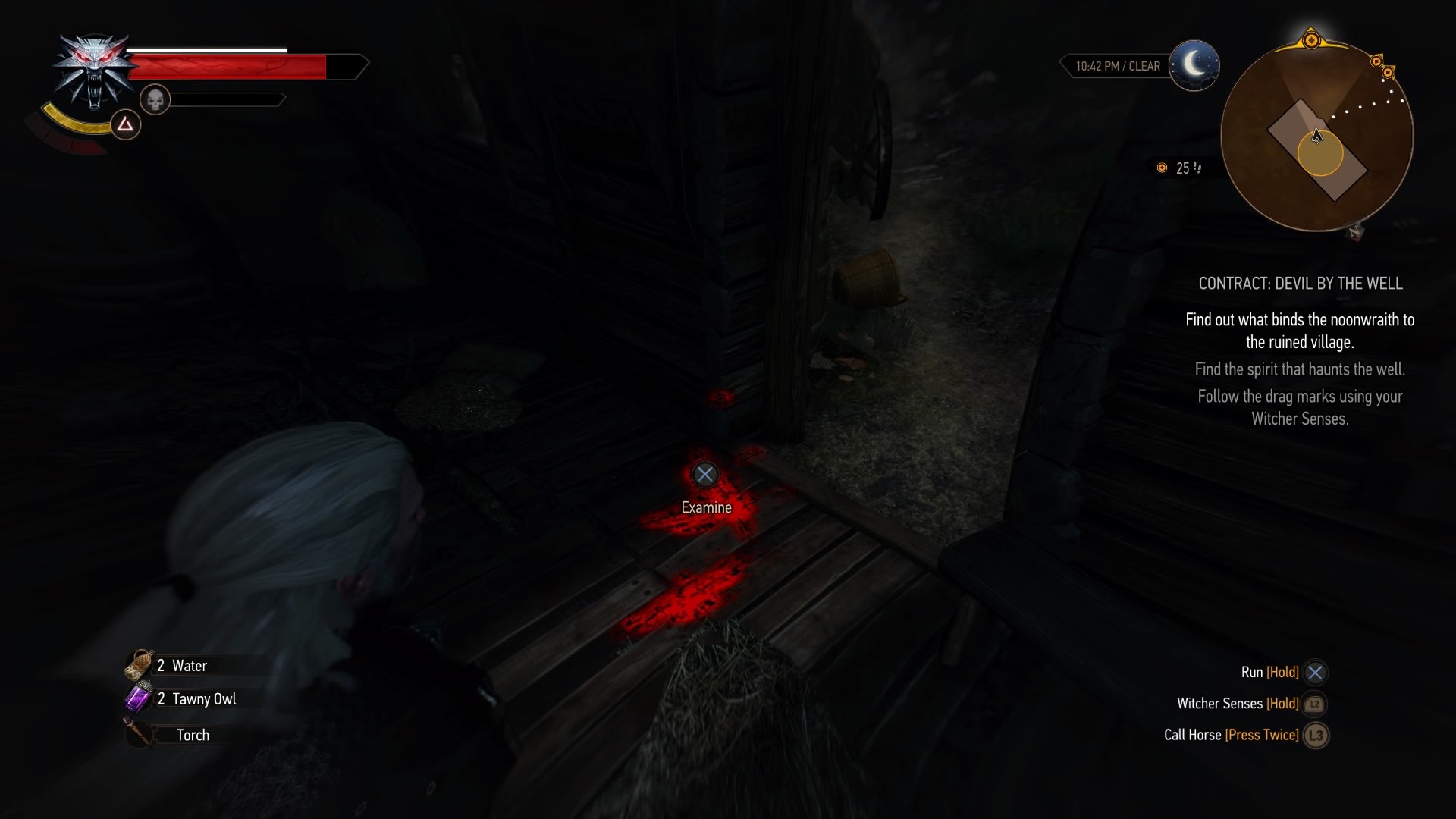 Turn your back from where you found the diary and you will see a corpse mauled by animals, which will then lead to a trail of blood that you can examine just right out the door. The trail will end at the well where Geralt would  find a handprint on its wooden foundation. After a short cutscene, jump inside the well. 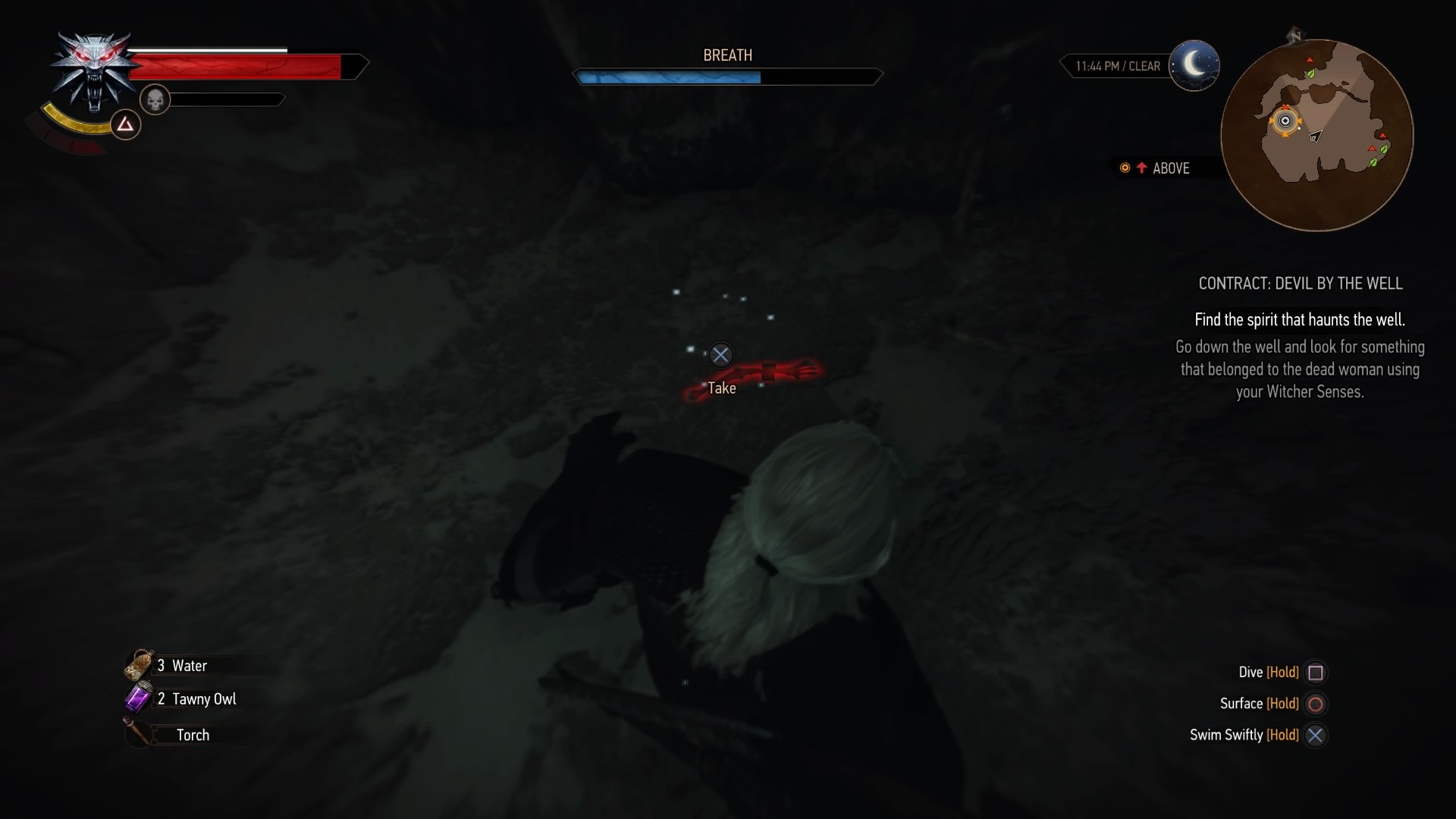 At the exact bottom where you'll land in the water, dive underneath to find the bracelet. Surface to land and follow the yellow quest area out of the cavern where you'll have to exit by diving underneath. You'll soon emerge by a lake just outside the village. 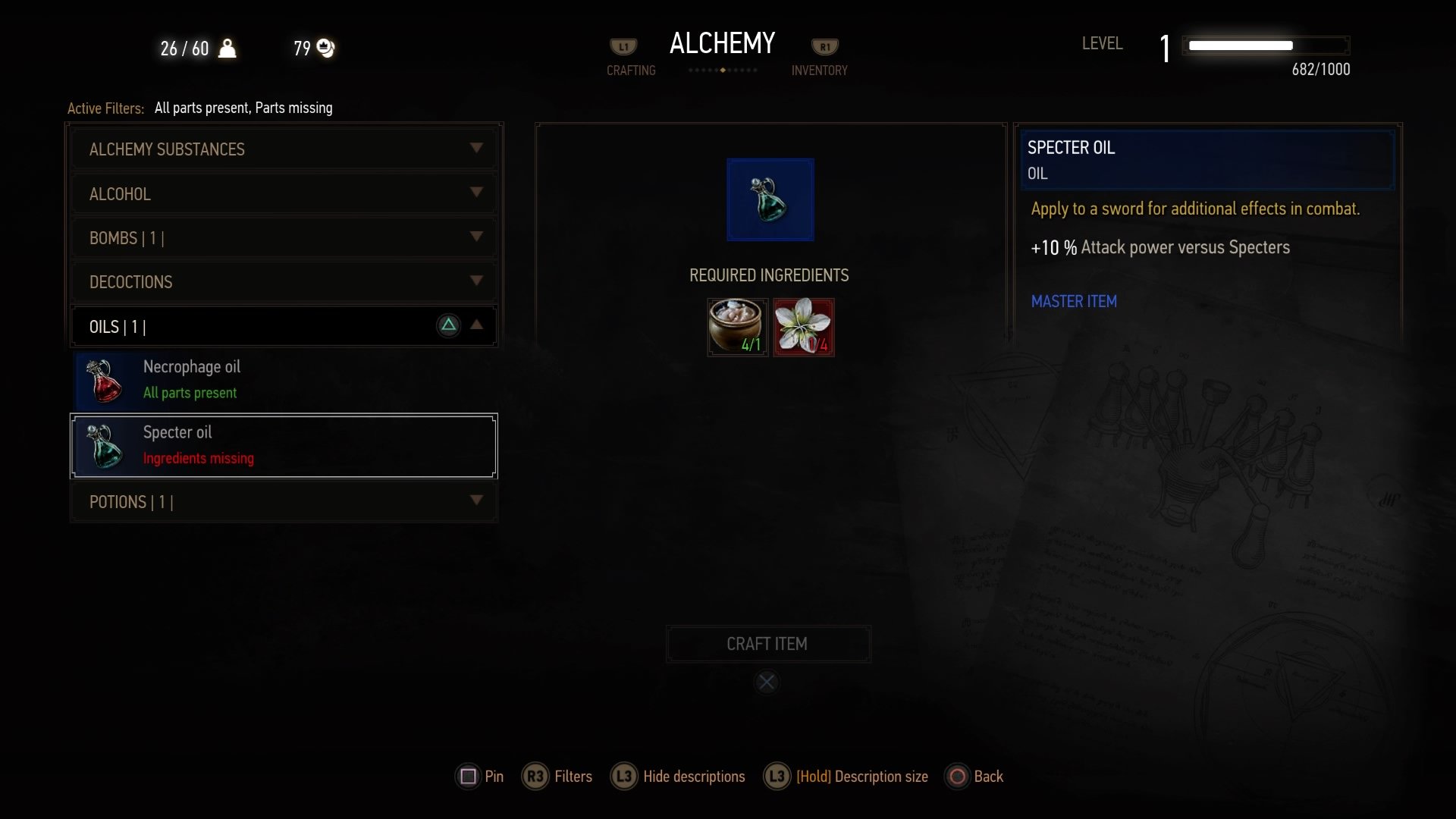 You will be prompted to burn the body in order to progress the story and fight the noonwraith but don't do that just yet! A witcher must be prepared with proper tools and enhancement that could prove essential to their fights. Examining the Bestiary would reveal that noonwraith's weaknesses are Specter Oil and Yrden. In crafting specter oil, you'll need 1x Bear Fat and 4x Arenaria. Bear Fat can be acquired by buying it off from Tomira's hut while Arenaria can be picked up in this specific location marked in the map: 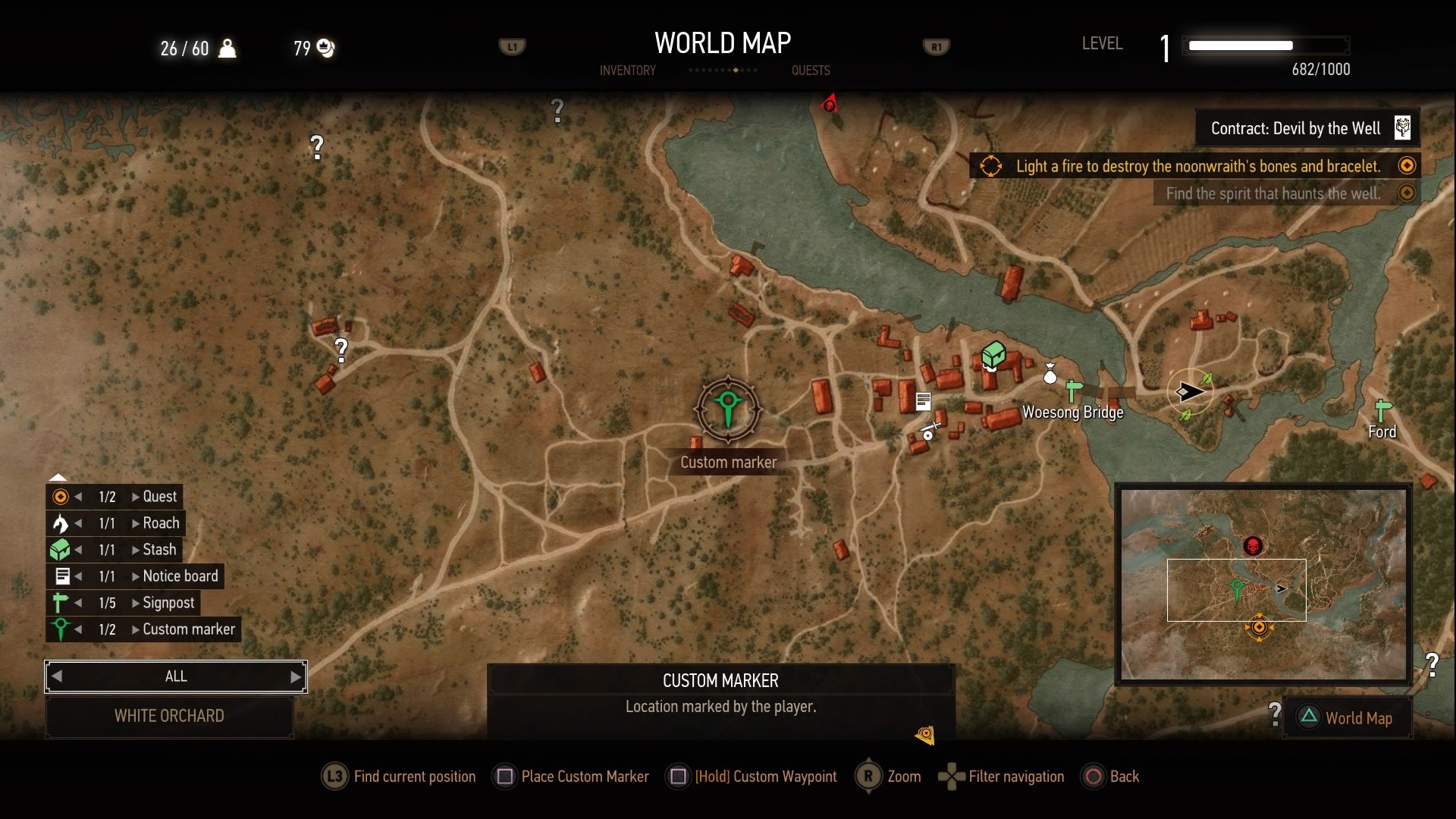 After brewing the oil, don't forget to apply it to your silver sword in the inventory. You can also brew Tawny Owl, which greatly helps in accelarating stamina regeneration during combat. If you feel you are properly equipped for the fight, burn the body by the well using Igni. 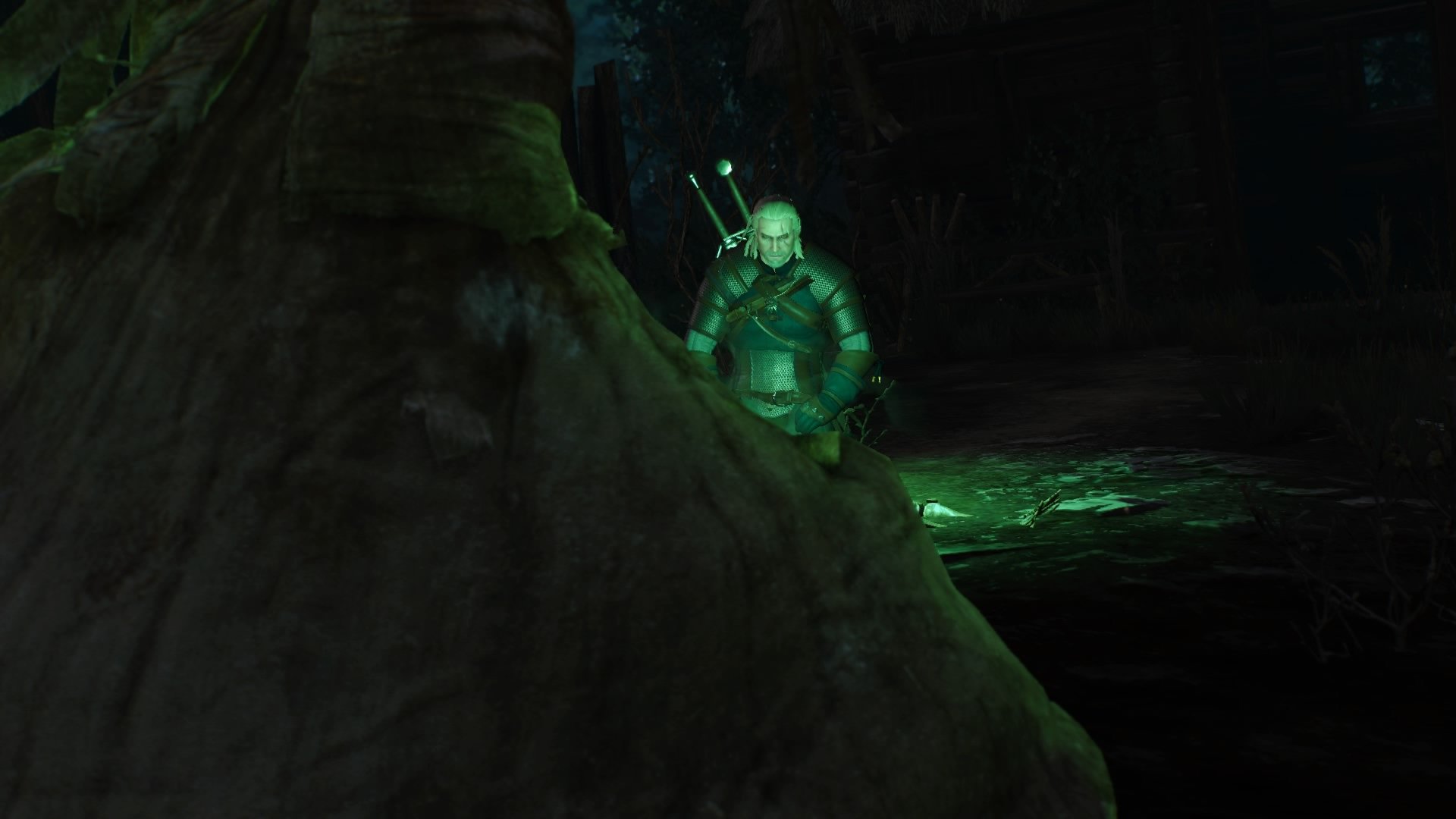 The noonwraith is a tricky boss since they cannot technically be hit without using signs. The strategy that I use is casting Yrden where Geralt stands and waiting for the monster to approach. When inside the spell area, the noonwraith will assume a physical form, in which it's possible to cause damage. Repeat this step everytime you Yrden sign wears off. 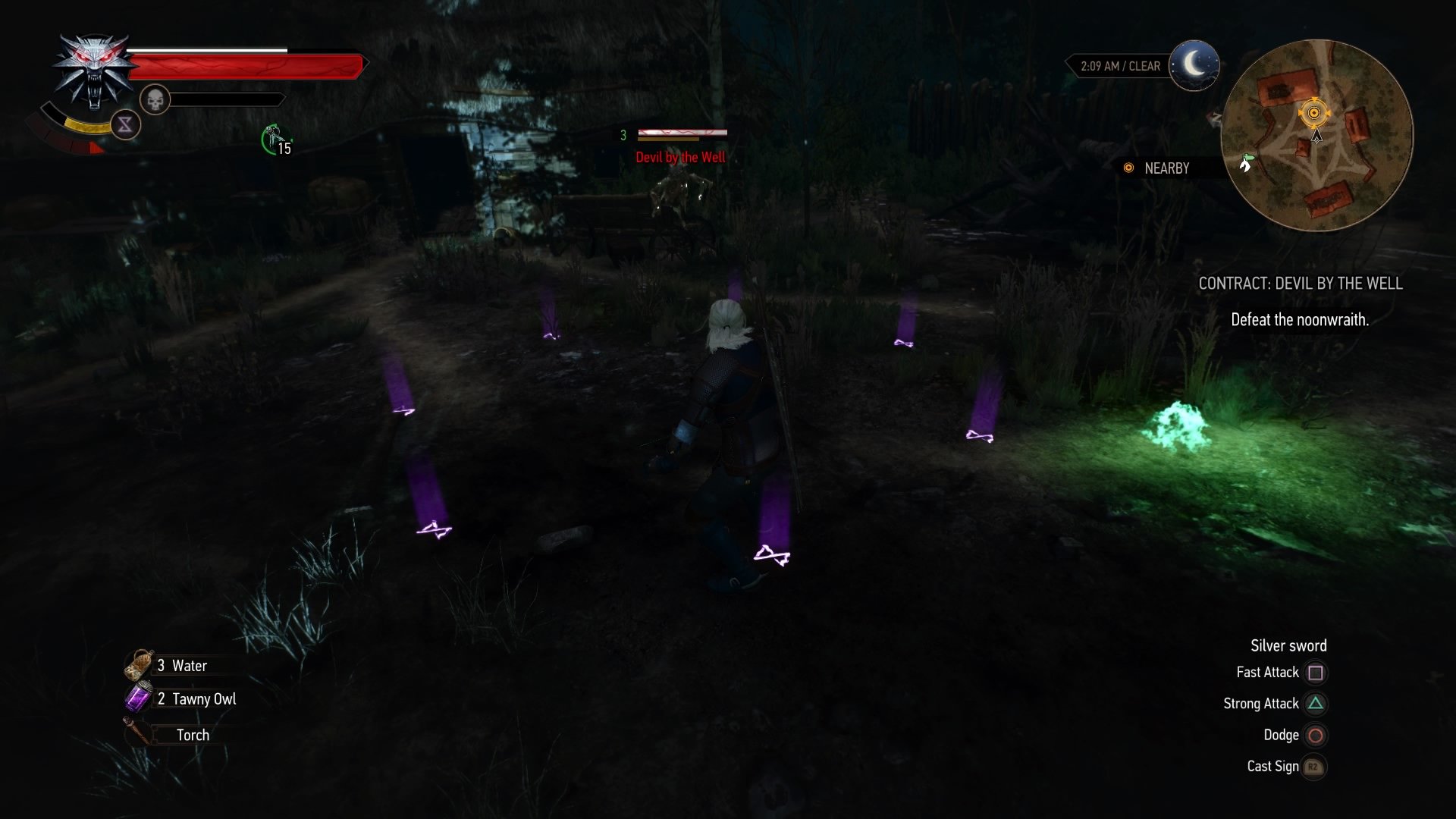 Eventually, the noonwraith will summon three lesser noonwraiths. Quickly clear them out by swinging your sword at them until the only one left standing is the main boss. Repeat the Yrden trick from a while ago while dodging the wraith's attack and keeping off the summoned phantom.

Having done enough damage, you'll soon vanquish the devil by the well and you'll have the opportunity to retrieve a trophy that you can attatch to Roach for additional boost in stats. Go back to Odolan's house and collect your reward!