In this post, I will cover the best builds for Sebastian in Dragon Age 2. His full name is Sebastian Vael and he is a chantry brother. Moreover, he is one of the heirs to the title of Prince of Starkhaven

He uses a bow as his weapon. Sebastian’s main specialization is Royal Archer, unfortunately, it does not combo well with the companion’s AI. But thanks to good base Rogue abilities he can make into a strong party member

As you can guess this build concentrates on applying DISORIENT status effect on enemies. Not only will that but he will also use Flasks to obscure allies from the enemies.

Although Sebastian has a strong Royal Archer tree it has its own problems. Mainly it requires advanced logic to work effectively. Sadly, companions cannot execute flanking or count the number of shots they did. Due to this, we will concentrate on maximizing Sebastian's utility in other ways.

It is important to follow the attribute allocation correctly as it will enable the Sebastian build to shine. Here are the main things to have in mind. 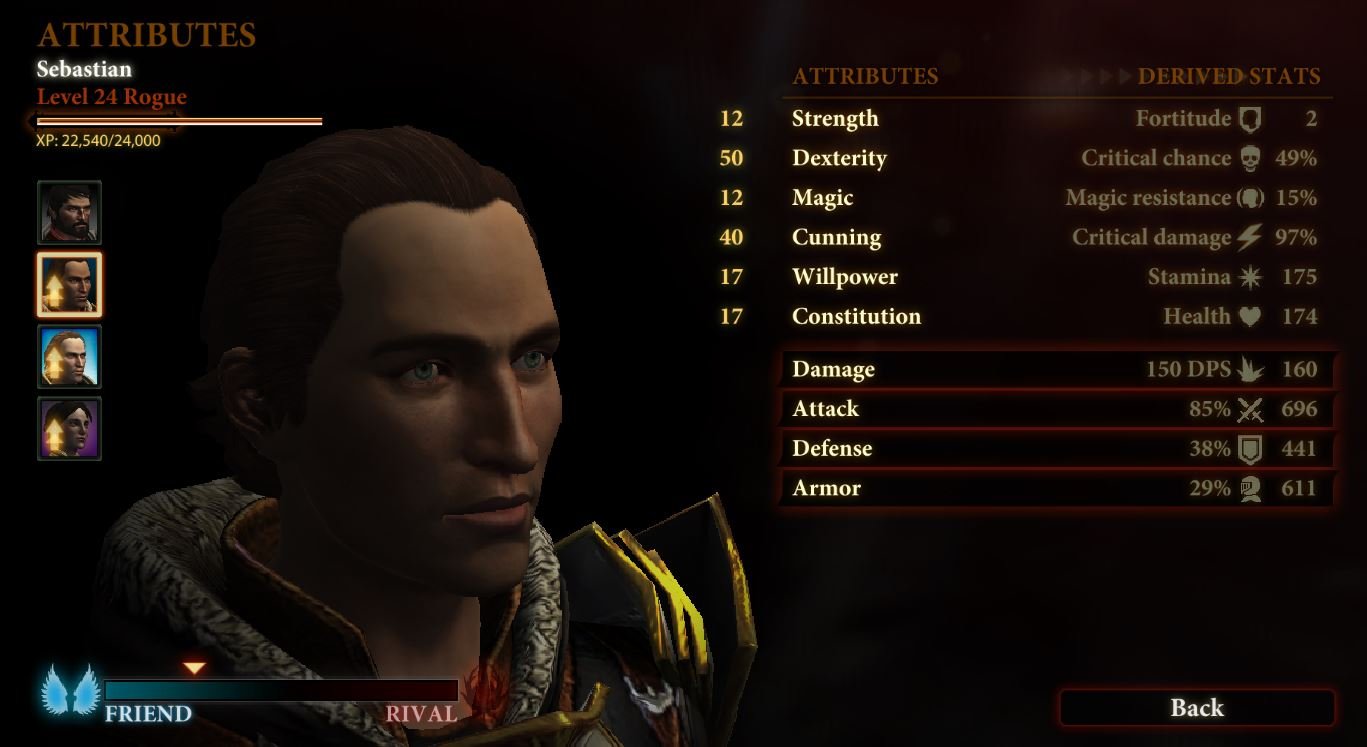 Get Cunning to 40. It will allow Sebastian to detect all traps and open any chest in the game Moreover, it will greatly increase his Critical damage.

After that here is what I recommend after each level up:

With this Sebastian should have enough survivability and also deal decent damage.

This section is extremely important and covers the most important part of any build – skills. I suggest following this build from level 10 (that should not be a problem as you get Sebastian later in the game) 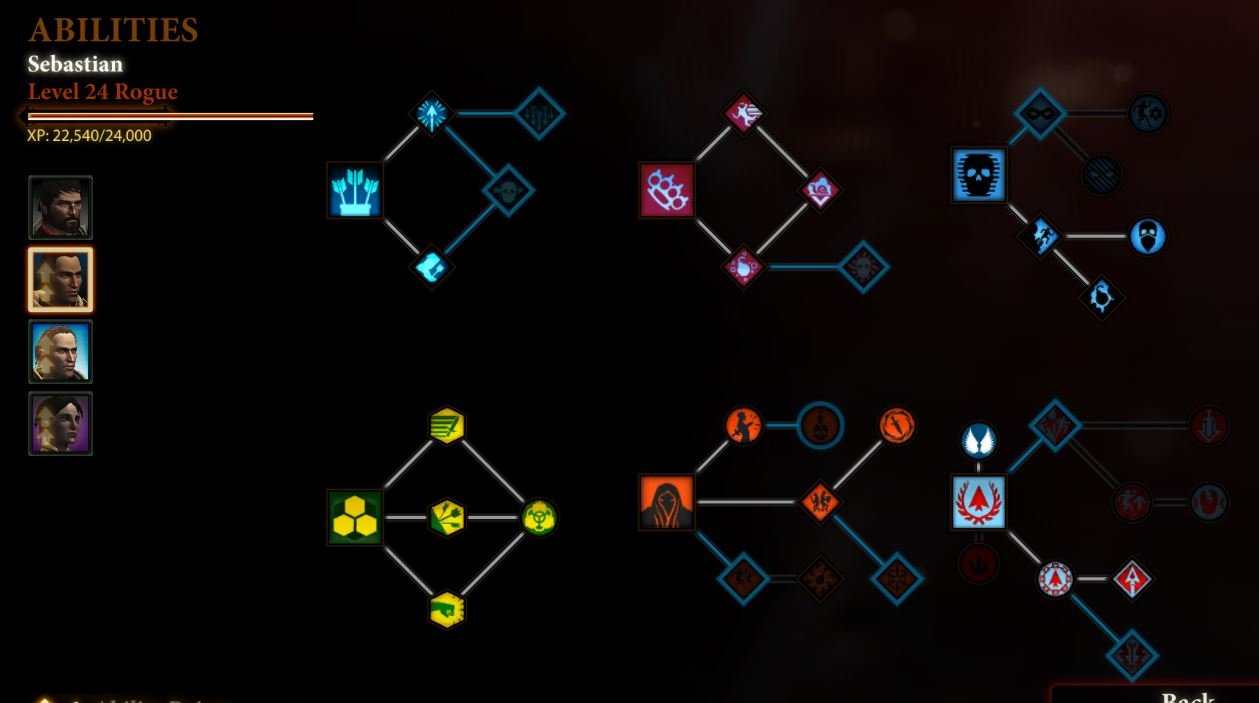 Here is my recommended progression on what abilities should be unlocked and when:

Here is how I would allocate ability points. It allows Sebastian to support the party early in the game. He will not deal big damage

However, he will apply DISORIENT on enemies, meaning that your party members, especially mages can exploit this.

For companions to be effective here are my Tactics suggestions. 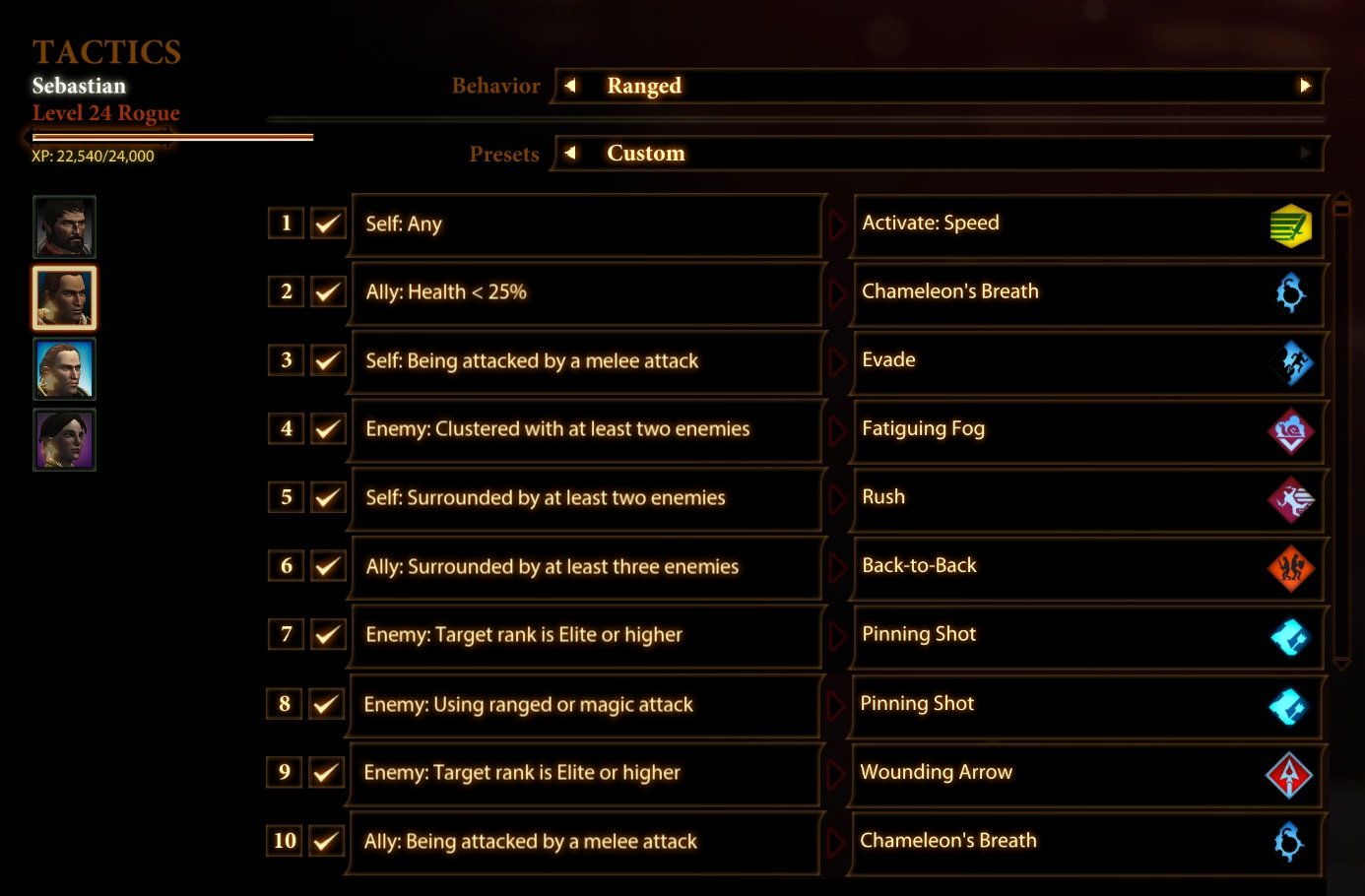 As you can see from the tactics, Sebastian has three distinct roles to play:

Wounding Arrow is a nice addition to this build but it does not change its main idea.

For good party composition here is what I suggest:

In this section, I will go through recommended gear for Sebastian

Thank you for reading this post. I hope it covers all that you need to make the best Sebastian Build in Dragon Age 2.

Feel free to leave any comments below or join our Discord