This build is all about Garrus being the top damage dealer in the group. Although it sounds strange it is extremely strong and can shred any enemy in the game in seconds. Here is what you can expect against one of the strongest enemies in the game - Banshee.

This is my run on Insanity difficulty. Garrus Build will be able to take on the strongest enemies in the game single-handedly. Imagine what he can do against simple grunts. Of course, this may be a bit overpowered, but there are more "to the ground" options that you can pick.

If you think this is for you, follow the build below 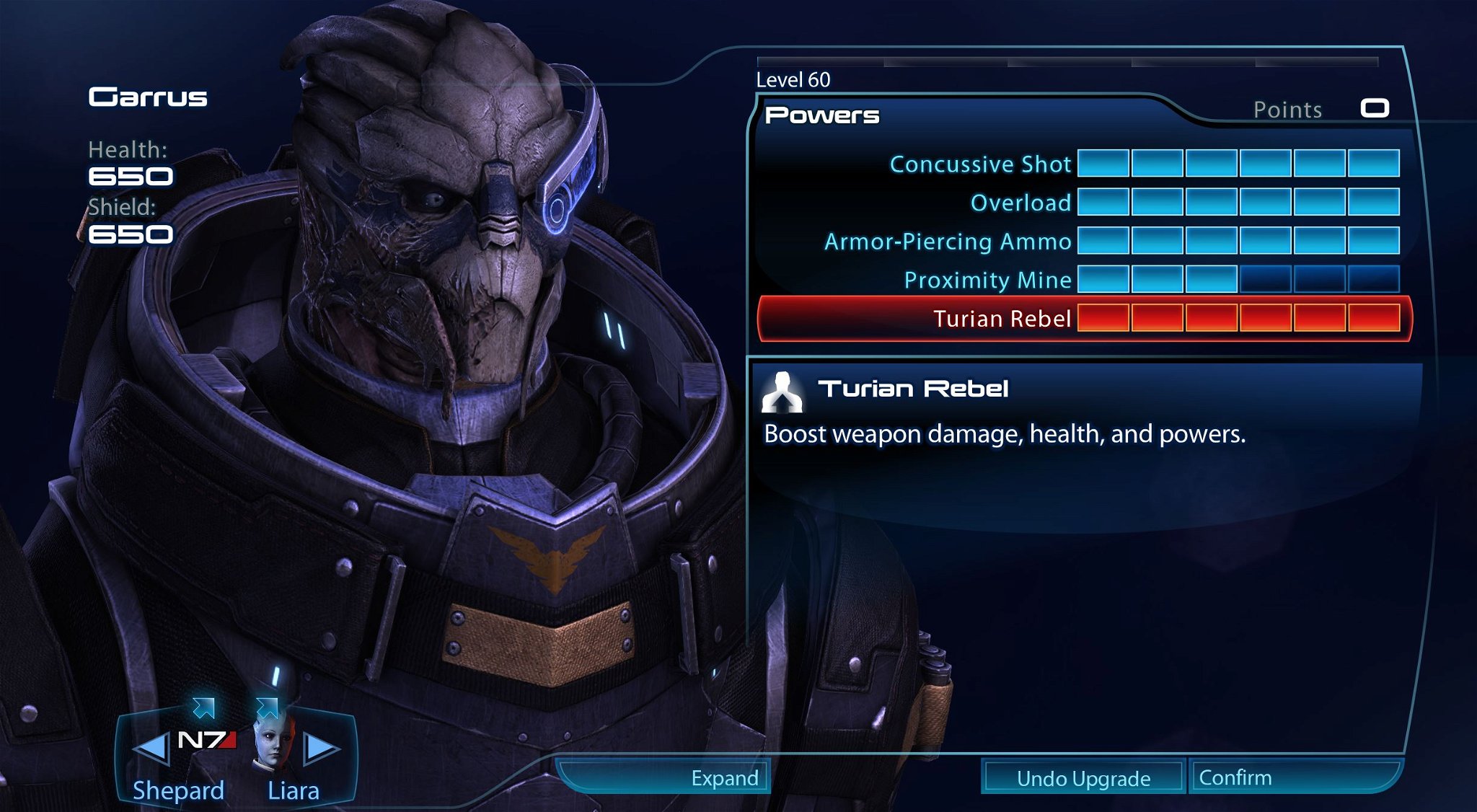 This section covers detailed ability progression for Garrus Build. This is just a suggested progression, feel free to adjust it based on your needs.

I think with this the core of the Garrus build is done. We mainly care about weapon damage. Of course, this still leaves plenty of squad points to be allocated. So as you progress further here is what you should take. Have in mind this will not have any major impact on the build.

To be honest, there is nothing much to cover regarding this Garrus build. It is very simple as it can shoot down enemies with just the weapon attacks. Of course, you still have some abilities that I think can be useful:

This Garrus build can take out any enemy with just his Rifle. However, if you wish to maximize the group effectiveness, here is what I recommend taking:

You will constantly want to combo Garrus with other Tech abilities:

Garrus can use Concussive Shot and Overload to detonate all of these combos for maximum damage.

This section will cover what equipment you should be using with Garrus Build.

The idea here is to have the fastest-firing rifles. This way James can proc Explosive Burst with incendiary ammo for insane Damage per second.

We take two important upgrades - one that increases the weapon damage, another that allows to Pierce protections. Squad AI usually misses attacks because they hit enemies behind the cover. With these upgrades, their shots will be able to go through and deal damage.

In mass Effect 3 different companion armors provide some different stat boosts. So it is a good idea to see what you pick. Here is what I recommend for Garrus build:

Thank you for reading this post on the best Garrus build in Mass Effect 3. I covered recommended abilities and their progression, best equipment, and tactics.

He is with Shepard on all of the three games, love him!