This post covers the best Sentinel build in Mass Effect 3 and Mass Effect 3 Legendary Edition. This class has the ability to both use Tech and Biotic abilities making it extremely versatile throughout the whole game. What makes them special is their Tech Armor which provides unique offensive, defensive and biotic bonuses.

This Sentinel build will concentrate on using detonations to create constant combos. Moreover, thanks to the Tech Armor the build will have decent survivability chances, especially on Insanity difficulty.

The build is special that it can create and detonate combos by itself, not depending on any companions for that. This opens up multiple combat options on how to best utilize this Sentinel build. 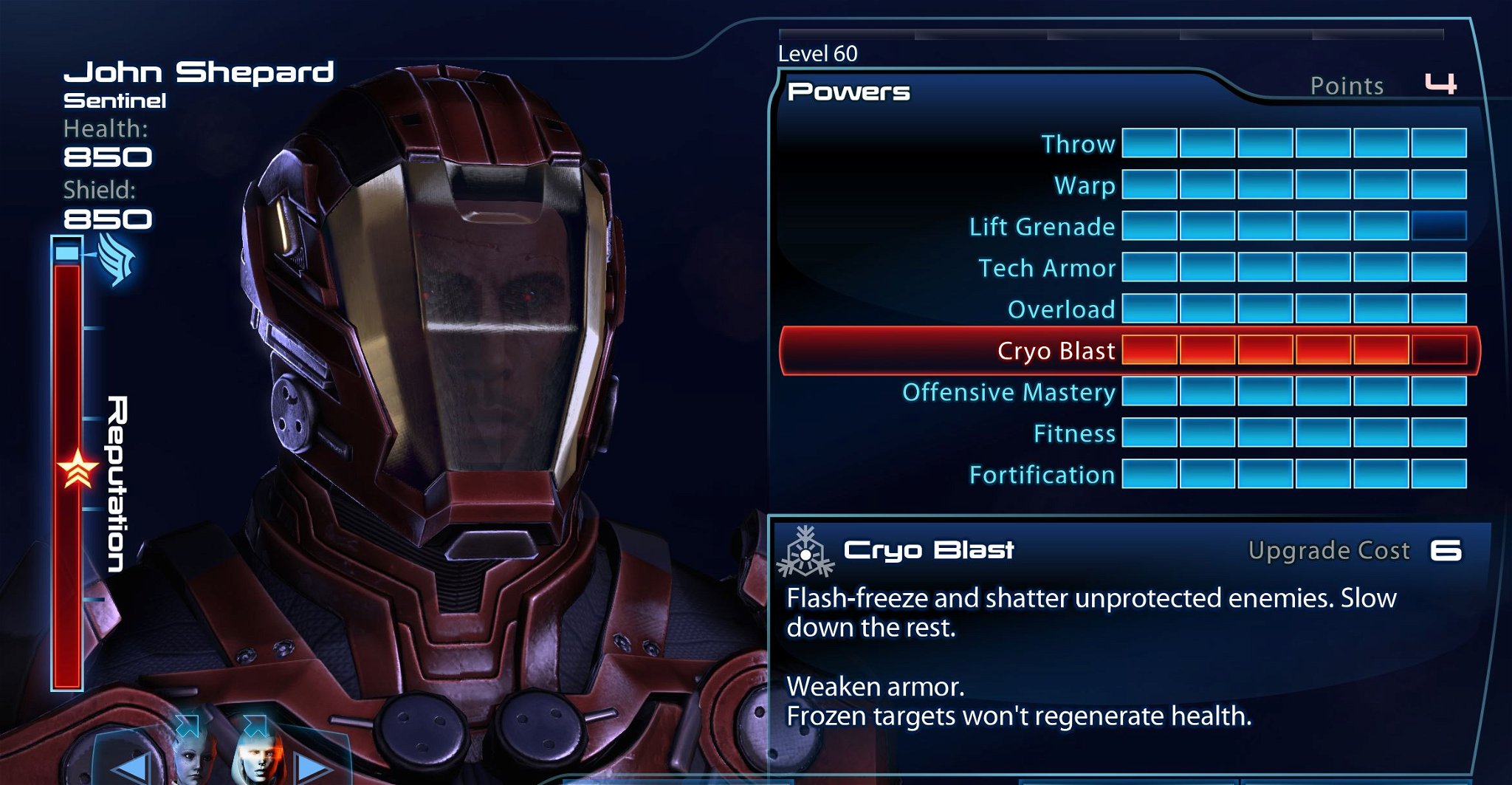 Here I will cover what bonus abilities you should be picking with the Sentinel.

This section covers detailed ability progression for Sentinel Build. This is just a suggested progression, feel free to adjust it based on your needs. The idea

With the allocation that you have done, the Sentinel should have no problems progressing through the mid-game. Now, here is what you should do to maximize the effectiveness of the build

This is also a perfect time to start putting points to Bonus power (mentioned above). I did not mention it explicitly in Sentinel progression.

This build is very versatile. The main idea is that it can create multiple combo explosions by itself, without needing companions.

Now take a look at the main loop that I use with Sentinel. It is fairly easy to use and becomes very efficient at tearing down protected enemies:

Let's go through each of the steps:

This will greatly improve your damage output rather than using two abilities combos, that were used in previous games.

Although this build uses Tech Armor to mainly increase Power Damage and Force. It can also do other effects - wide explosion in the area around the Sentinel:

This is a very helpful option as you can use it to stagger enemies around you. Moreover, it is a good ability when there are multiple enemies like Husks surrounding Sentinel.

Also do not forget to put on the armor back after detonation as you will miss a lot of good stat bonuses.

In this section, I would like to talk about what companions should be taken with Sentinel build:

This section will cover what equipment you should be using with Sentinel Build. Choosing the correct weapons and armor will greatly improve Shepard's overall performance. Moreover, you will be able to deal more damage and have better bonuses.

It is important that you try to pick at most two weapons. This way Sentinel will have reduced power cooldown times, the aim is 200%. Of course, you can use any weapons that you prefer but have this in mind.

I recommend these armor sets for Sentinel Build in Mass Effect 3:

If you wish to go with separate parts. Here is what I recommend:

Generally going for a full armor set with Sentinel you get overall bigger bonuses. However, these items have drastically fewer customization options.

Thank you for reading this post on the best Sentinel build in Mass Effect 3. I covered recommended abilities and their progression, best equipment, and tactics. All of this information should allow you to have a blast with this versatile class.