This build will rely on tearing down enemy protection and setting up Fire Explosion and Tech Burst. So we will maximize our tech damage and cooldown rates, so that EDI could use her abilities as soon as possible. 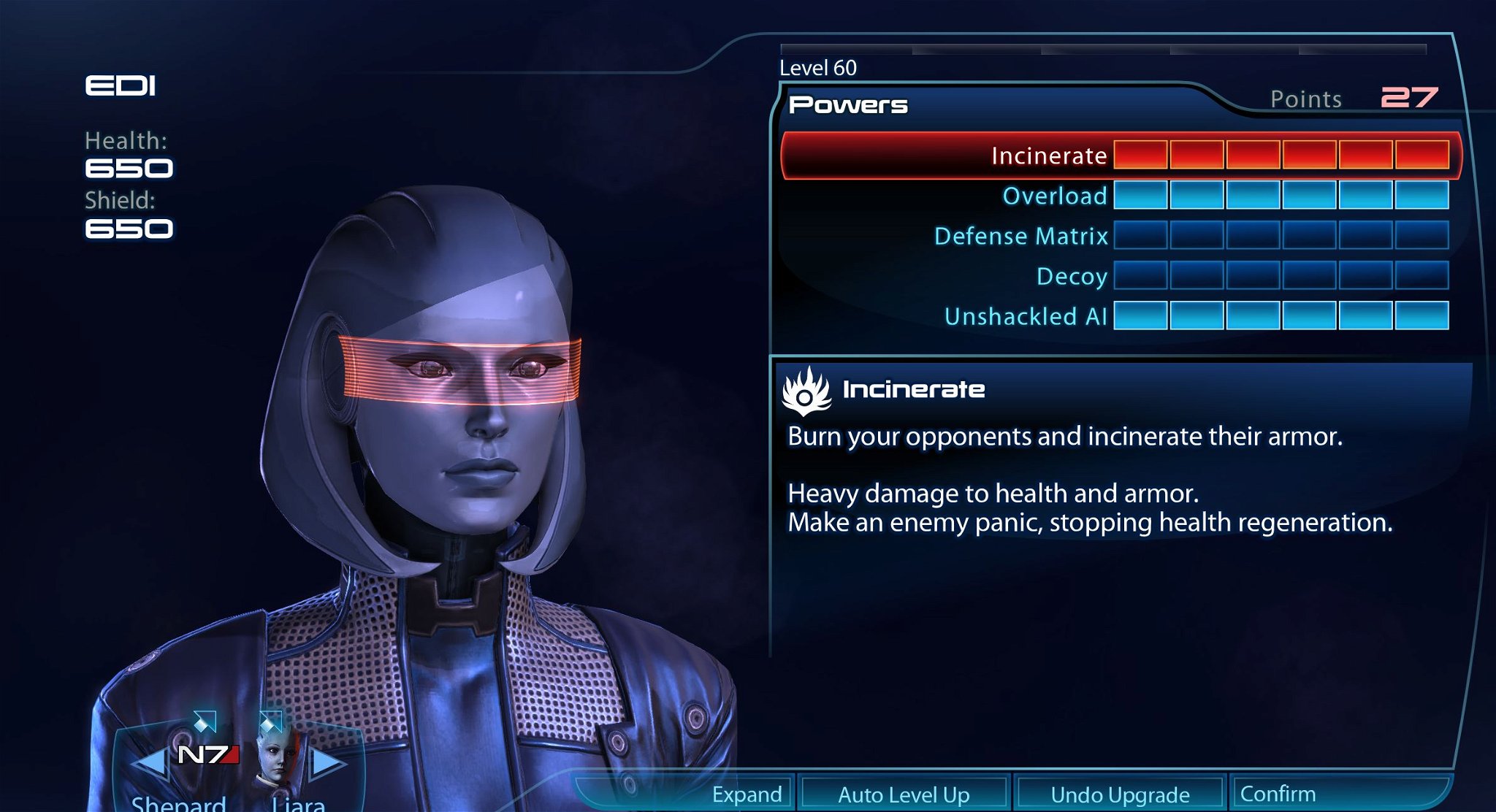 As you can see I offer some strange things with the build. Unfortunately, I see no purpose to use Defense Matrix with EDI. Moreover, Decoy also does not bring major benefits and rather interrupts the flow of combat. This happens when you use squad command to attack an enemy and they use an ability based on enemy protection. Sometimes EDI will use it, without bringing any benefit to the battlefield

This section covers detailed ability progression for EDI Build. This is just a suggested progression, feel free to adjust it based on your needs.

With this, the build is done. Of course, you will have plenty of squad points left. If you wish you can allocate the rest of the points to Defense Matrix and try it out

To make the most of this EDI build here are some tips that I would like to share. Overall she is a very versatile companion that I think is best used to set up combos and tear enemy protections.

Use Overload and Incinerate

These are the key abilities that I think bring a lot of benefit to the squad. Overload can tear down enemy barriers and shields. Incinerate takes care of armor protection. Both of these skills set up Tech Burst and Fire Explosion respectively.

Moreover, as EDI improves the Unshackled AI ability, her damage output greatly improves. With these allocations, Overload and Incinerate should be able to strip defenses from the single use.

EDI is very versatile and she works in every squad. Here are some suggestions:

This section will cover what equipment you should be using with EDI Build.

Generally, we want to increase the damage of SMG. However, they also have modifications that boost Tech power damage.

In mass Effect 3 different companion armors provide some different stat boosts. So it is a good idea to see what you pick. Here is what I recommend for EDI build:

Thank you for reading this post on the best EDI build in Mass Effect 3. I covered recommended abilities and their progression, best equipment, and tactics.