This post covers the best Javik build in Mass Effect 3 and Mass Effect 3 Legendary Edition. He is a biotic specialist from the long-lost Prothean race. You can unlock him with From Ashes DLC or with the Legendary version.

The build specializes in priming Biotic explosions. So you could say he will play more of a support role so that either Shepard or other companions can utilize these moments for maximum damage.

Important! Squad ability respec in the Medical Bay does not work on Javik. This is a bug that can be fixed with Javik respec mod 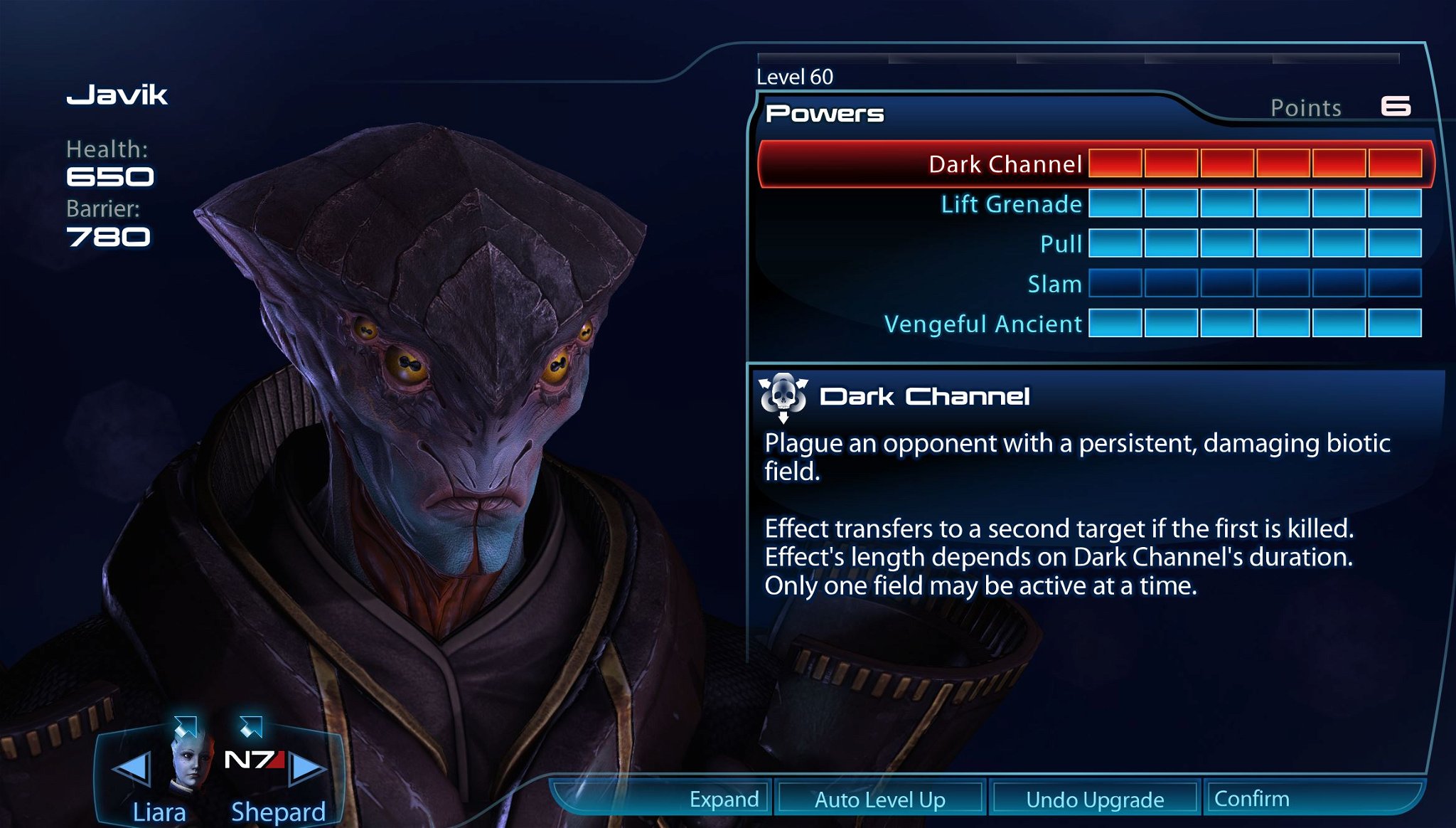 I think the most extensive discussion point for Javik is whether you should pick Slam or Pull. Abilities are very similar, but Slam can deal damage. However, I still do not take it, why is that? The answer is simple - Slam is perfect for detonating Biotic explosions, but it is lackluster in their setup as it only works during the "lift" part of the ability. With this in mind, you have at most two seconds to hit the enemy with Biotic ability for detonation.

I think this just creates a lot of problems and provides less control. Of course, with this build, Javik will not be able to detonate biotic explosions by himself. So if you need a way for a combo detonation then definitely take Slam.

This section covers detailed ability progression for Javik Build. This is just a suggested progression, feel free to adjust it based on your needs.

This Javik build has a clear goal - prime Biotic Explosions. With this in mind here are some tips that I would like to share

Both of these abilities are used to prime Biotic Explosions. However, they have a distinct difference on when should be used:

This section will cover some good synergies that can be used with Javik. I definitely recommend avoiding Soldier and Engineer classes that have no way to exploit biotic abilities and their combos.

If this is your second or later playthrough I cannot recommend this enough. He has interesting banter and some good dialogue options in critical game moments. Overall he expands the game lore in a natural way.

Of course, on your first playthrough you may find other characters more interesting and you should take the ones you like the most.

This section will cover what equipment you should be using with Javik Build.

In mass Effect 3 different companion armors provide some different stat boosts. So it is a good idea to see what you pick. Here is what I recommend for the Javik build:

Thank you for reading this post on the best Javik build in Mass Effect 3. I covered recommended abilities and their progression, best equipment, and tactics.