In this post, I will cover Best Fenris Builds for Dragon Age 2. He is an elven warrior who is a slave to a Tevinter Magister.

What makes him exceptional is his Lyrium tattoos, making him extremely strong. Sadly, he is quite a negative personality, so he is not a companion that all players will like.

So let’s go through the builds

The only build that I recommend with Fenris on Nightmare is to have him as a tank. Of course, you can also specialize him as DPS, but you should avoid any AOE abilities (due to friendly fire)

This build makes him a decent tank, although not too strong. You will still need to rely on your allies to crowd control a group of enemies.

To maximize the effectiveness of this build we will have to ensure that Fenris has enough stamina, deals damage, and has high HP. 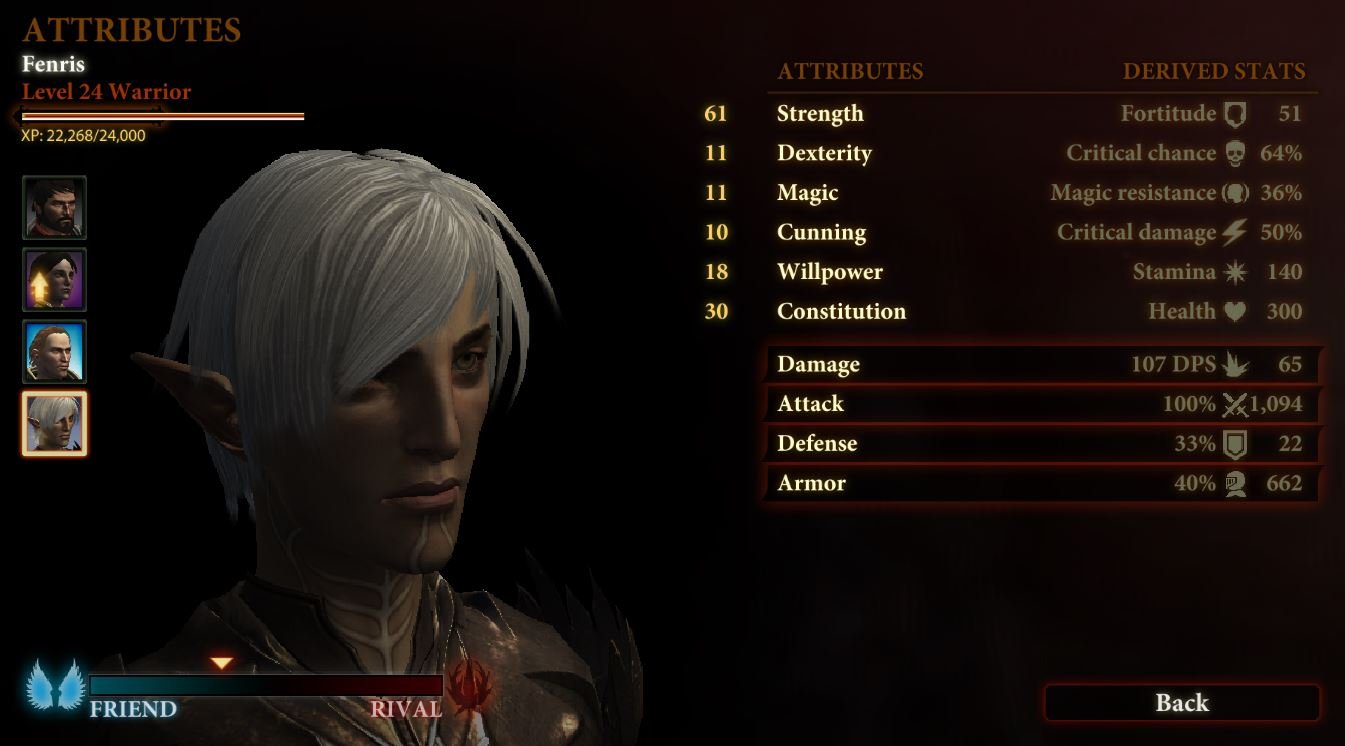 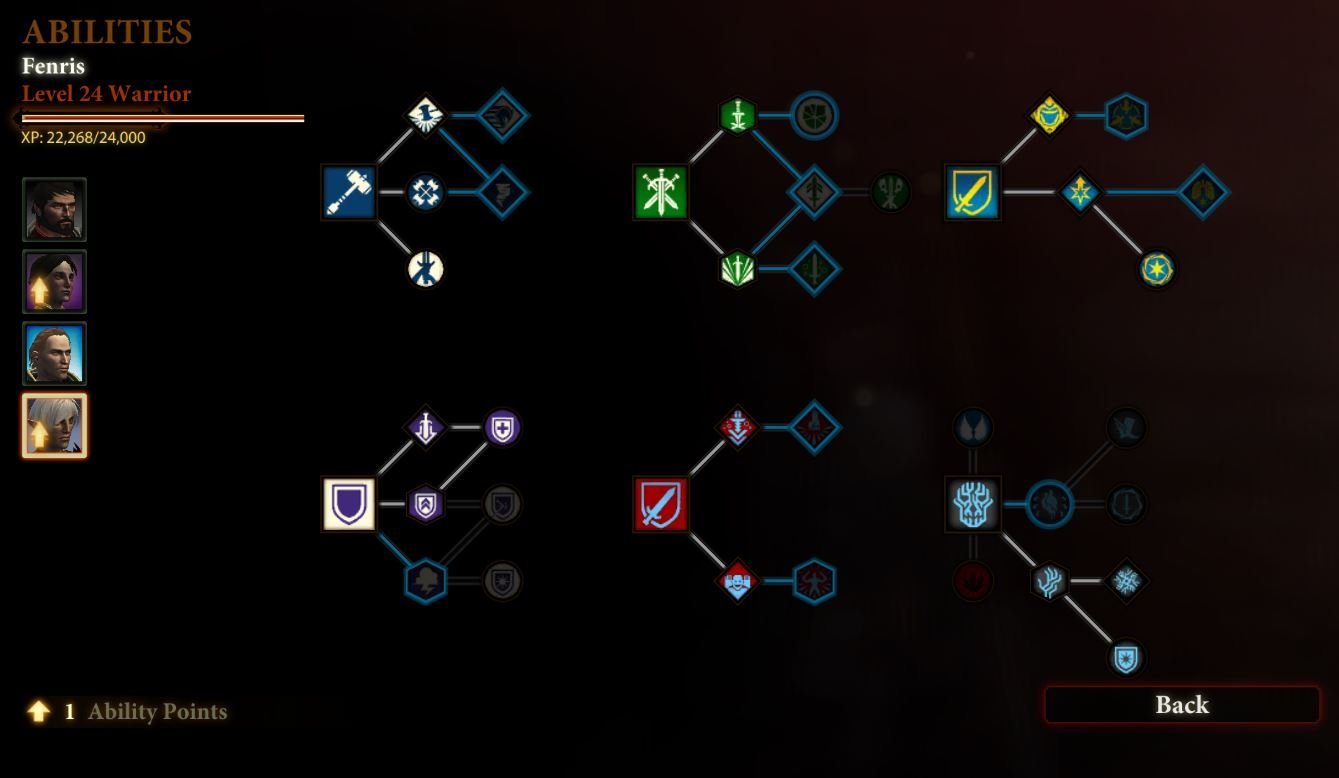 Here is my recommended progression for the Nightmare Fenris build

If you play on Hard or lower difficulties I suggest adding Scythe ability and enabling it together with Mighty Blow. Fenris will now have two additional CC abilities. I suggest doing this early in the game.

This section is really important as it puts logic for how the companion should use all of those abilities that we have selected.

Here are my suggestions: 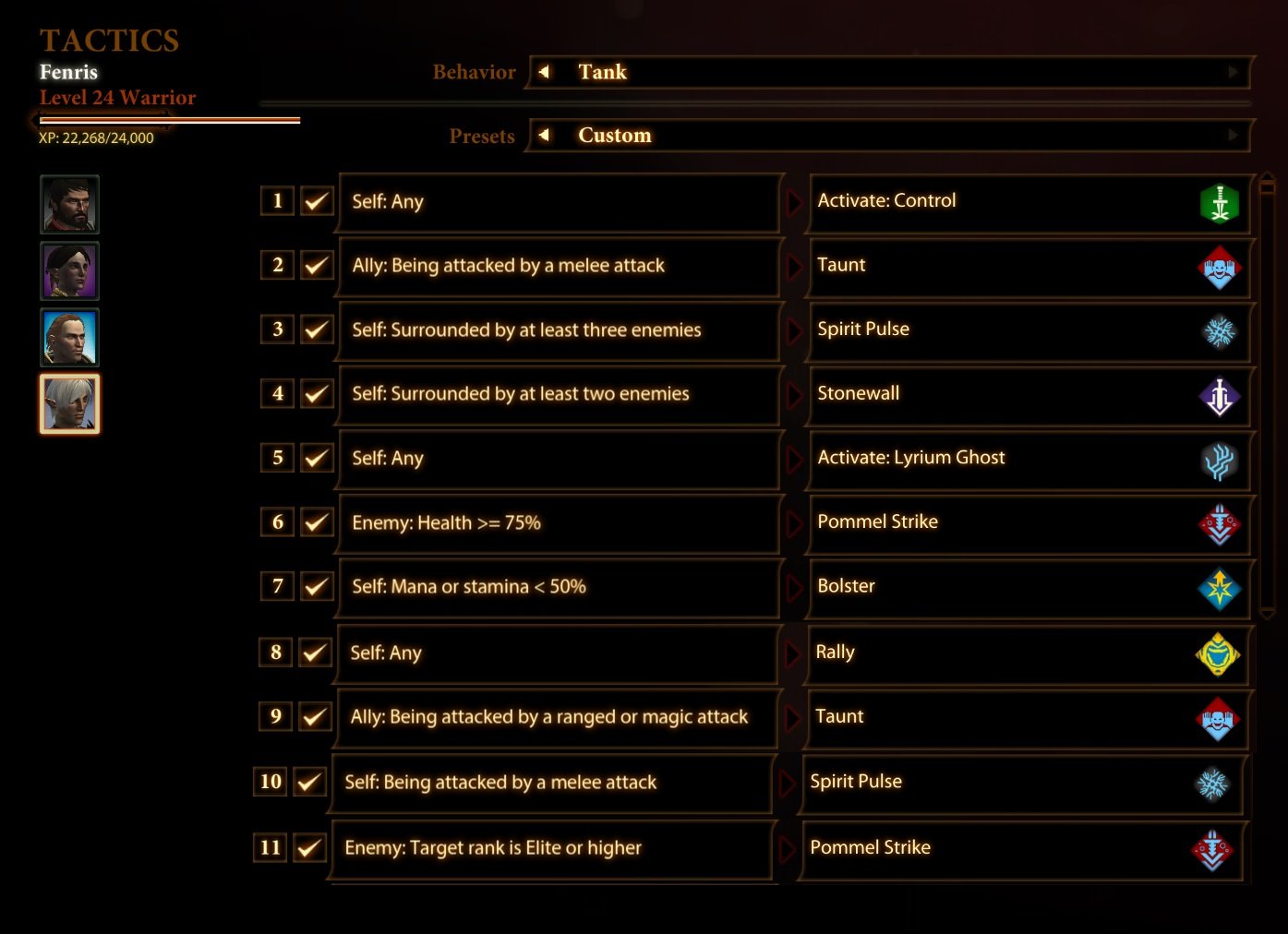 Overall as you can see we are quite conservative with offensive capabilities. However, Fenris will support the group members with unite, he can stun a single or group of enemies. Moreover, he has some defensive capabilities making him quite strong.

Unfortunately, for all of this to work make sure that you have allies who can apply CC and debilitating effects:

These are just a few mentions

With this build, I want to go all-in on offensive capabilities making Fenris tear enemies apart on the battlefield. Sadly, it will probably not perform as good on Nightmare but on lower difficulties, it will be a sight to behold

The main attribute of this build as you can guess is Strength. You will also need some health and WIllpower to be able to use active abilities 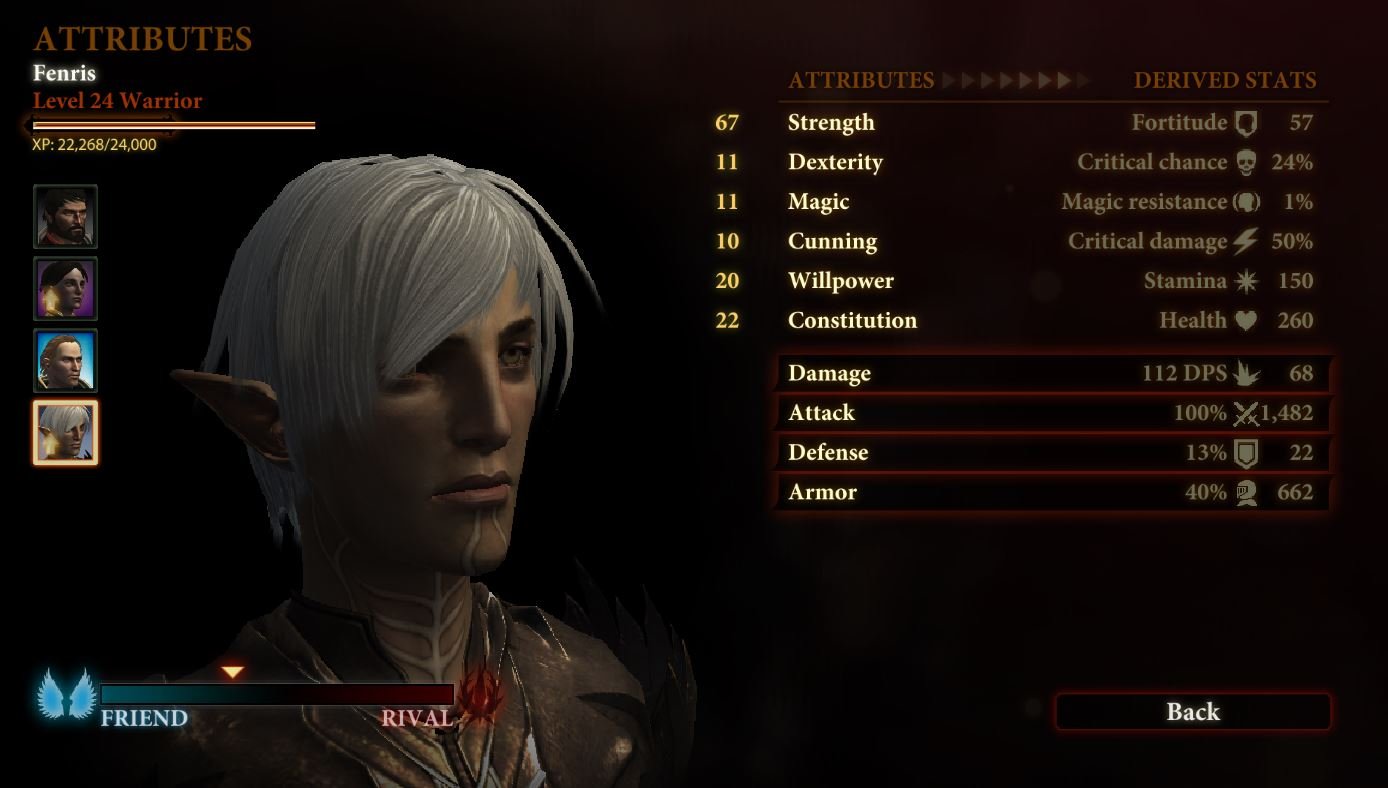 So here are my suggestions:

In this section, I will explain what abilities to get for This Fenris build. Generally, there is nothing special and you want to maximize your offensive capabilities 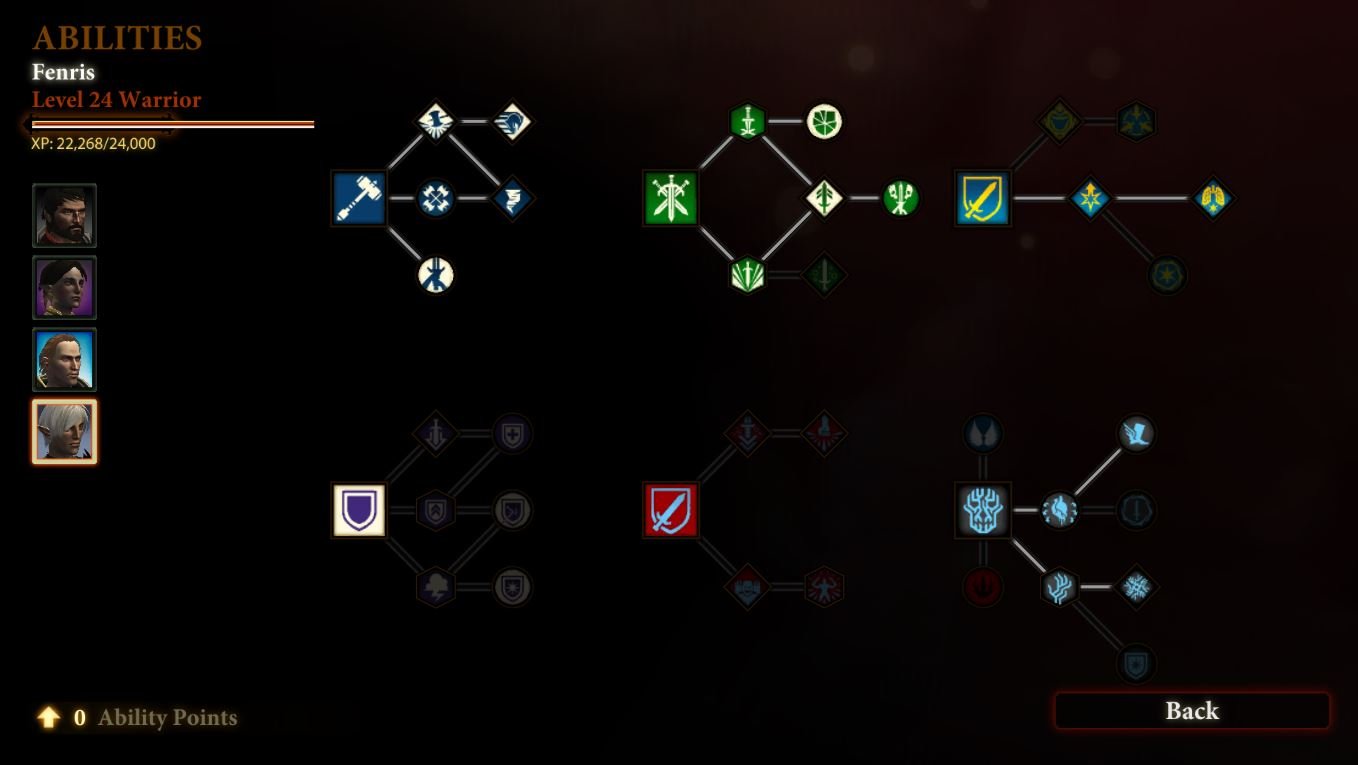 Here is the detailed progression that I suggest using:

As you can see we mostly take offensive abilities allowing Fenris to shred a group of enemies in a matter of seconds. If you use this on Nightmare, be careful of Friendly Fire.

You can start the tactics from the Scrapper preset and then update accordingly: 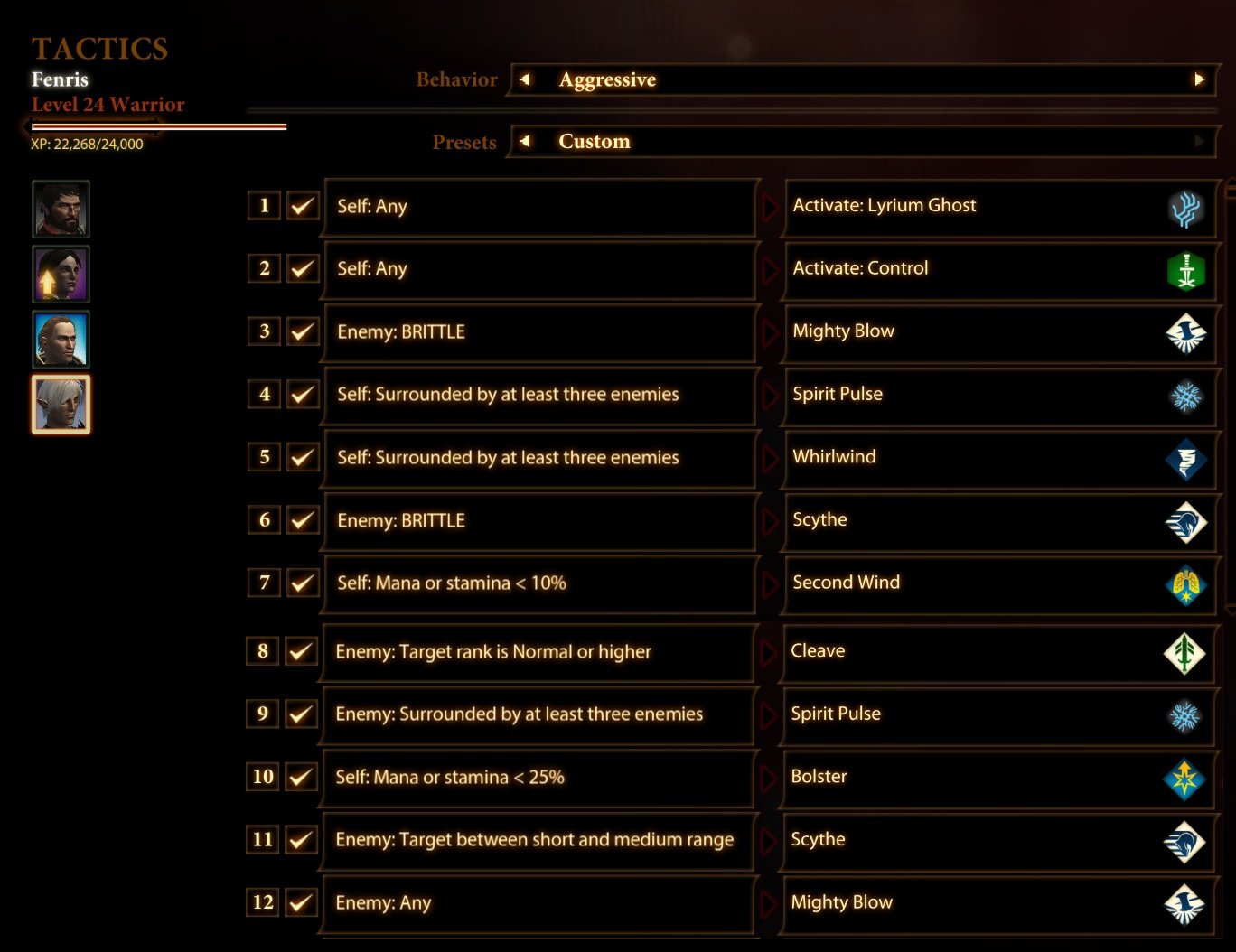 My only recommendation is to avoid this build on Nightmare. It will kill your allies in seconds unless you plan to micromanage Fenris.

The main idea for this build to work is to have companions who can apply BRITTLE, these are Merril or Anders, or Mage Hawke. These spells can apply the status effect:

Another thing to concern regarding combos is whether Scythe and Mighty Blow will be available. So if you see that Fenris has its abilities under cooldown when enemies are BRITTLE, remove 11 and 12 tactics.

This section will cover recommended equipment for Fenris builds.

Thank you for reading this post on the best Fenris build in Dragon Age 2. I tried to cover two aspects of this elven warrior. Unfortunately, due to game mechanics such as Friendly Fire, some of the things will be tricky to implement

Feel free to leave your feedback

The Guardian's Weighted Backhander is locked to Aveline, is it not?

Thank you updated the post. Should have been Band of Emancipation instead...

hey man, loving all your builds so far! any update on when you will be adding Fenris's tactics set up?

Just added it! Hope you will enjoy it

Will u continue with this build? I was waiting for it u make a great guides but this one is really cut to minimum. Thanks!

Hey! Yeah I will continue. I am stuck a bit as I am not happy with its performance. So I am investigating how to make it a better one

Feel free to join the discord to know when the update is done!