She will be one of the first companions who will join your group. She is able to use biotic, tech abilities and has passives that boost party members’ stats.

I think she is the most versatile companion throughout the game

In this section, I will go through how you should invest points to Miranda powers.

This is how Miranda's build should look close to the end of the game when you have acquired most of her abilities.

You will start the game with about level 5 with Miranda. Due to this, we start allocating points at this stage.

It is important to have these two abilities as they will help you with early enemies.

At this point in the game, skill acquisition will stop drastically as you will gain two points every two levels. My recommendation now is this: 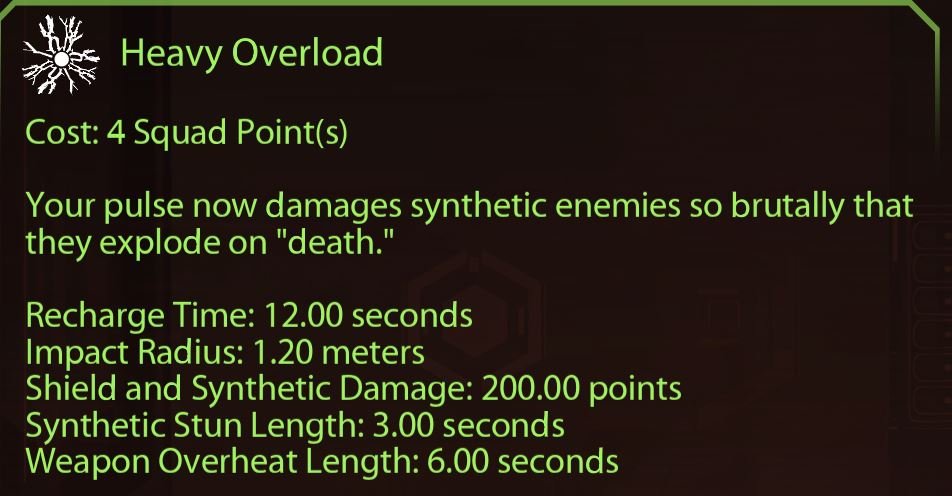 At this point in go, you can finish investing to Cerberus Officer level 4. Pick Cerberus Leader upgrade. This will boost your party member’s weapon damage, resulting in faster kills.

Leave Slam at one point. I do not suggest investing in this ability.  For that have a squad member that can activate biotic explosions. However, with one point you can still use it in critical situations when you want to disable an enemy for a short period of time.

In Mass Effect 2 your squadmates do not have as much customization as in Mass Effect 1. This makes deciding what gear to use much easier for many players. In this section, I will go through weapons that I think are a good match for Miranda

Here are my recommendations for Heavy pistols:

In Mass Effect 2 there are two good submachine guns: M-9 Tempest and M-12 Locust. I recommend M-9 tempest for these reasons:

In this section, I will go on how you should best utilize Miranda in your group and what type of Squad members best support her.

Miranda is extremely versatile. Due to this here are my recommendations:

Other than that try to keep her safe as she does not have enough survival stats compared to other companions.

For Miranda to be effective I recommend having a biotics user in the Squad. These companions work perfectly:

You will want to capitalize on biotic explosions and warp.

Moreover, I also suggest having a strong companion like Grunt in the squad. You can pick him if you take Adept or Vanguard Shepard for combos. Krogans can soak large amounts of damage and prolongs the time Miranda can stay alive.

Thank you for reading this build guide. I hope it helped you to understand how best to use Miranda in Mass Effect 2. Feel free to leave any feedback in the comments below