In this post, I will go through the complete guide on how to best build Jack for Mass Effect 2 and Mass Effect 2 legendary Edition. This will cover what abilities you should pick, how to use them, and what gear to equip.

Jack is called Subject Zero by Cerberus. She is an extremely strong Biotics user that would be prisoned in a Cryogenic chamber. With commotion in the prison she escapes and after that joins Shepard's crew.

As it sounds this build is all about using Biotic powers. Imagine using only biotic powers to stagger, lift and tear enemy groups. Not only that, you use Warp Ammo to increase Squad weapon damage. This is what this Jack build does.

Of course, it has some caveats which I will cover below.

This section will cover where you should allocate your squad points to maximize the build potential for Jack.

Important! Please read carefully through the build. It takes certain conditions to pull it off. However, it should be really satisfying to use it

At this point in the game, we will want to make Jack effective as soon as possible. So here are my recommendations:

With these investments, Jack should be able to deal with the earliest game situations. Remember to have a companion like Miranda or Garrus who can easily tear enemy barriers, shields, and armors

Important! Save Squad points until you unlock Warp Ammo

Use Pull to set up Biotic explosions or Lift enemies without defenses. However, the most important part is to get Warp Ammo to level 4 as soon as possible

Unfortunately, it takes a while to pull off this build. However, now everything pays off.

For this part, to work there are some caveats that you need to cover: companions that can tear defenses in AOE. Samara is the best with Area Reave (or Shepard with advanced training and Reave).

With all of this, the build is complete.

For the mentioned Jack build to work you will have to put some effort. However, here are my main tips:

This build is quite similar to the previous one. However, now you would use Jack only as a character to set up Biotic explosions. So leveling priorities change.

At this point in the game, we will want to make Jack effective as soon as possible. So here are my recommendations:

Generally, at this point, your build is finished. You can still do some things to maximize the damage output of Jack, but it will be eligible. I will cover it in the next section

As I mentioned this is optional, but you can get this ability to maximize Jack's damage.

To make this build work it is quite simple. Here are the things that you should have in mind:

In this section, I will cover the best equipment that you can use for Jack.

Jack is not built for using Shotgun, unfortunately. She has low health, which makes her an easy target. Moreover, she will not survive in close range.

In this situation, the best shotgun you can equip is Geth Plasma Shotgun. It is fairly effective at longer ranges, has a faster firing rate. This makes it perfect to be used by AI 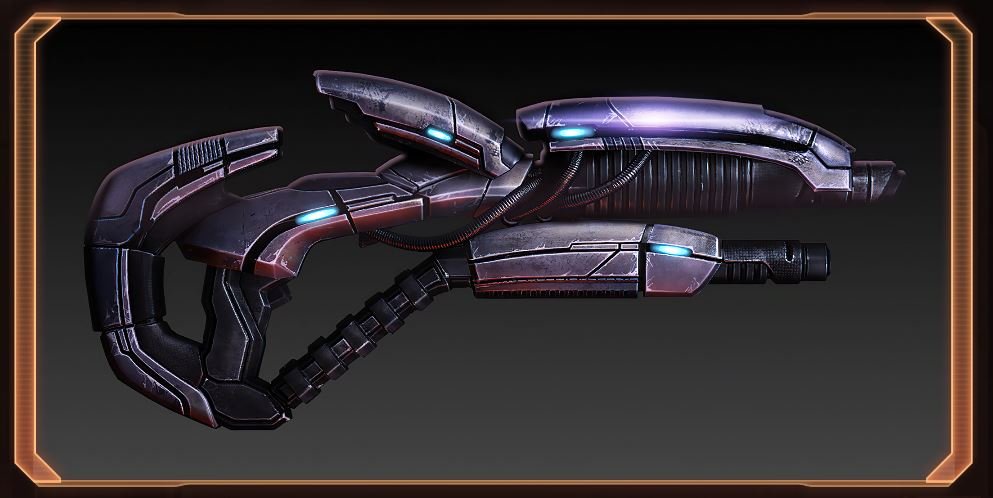 Unfortunately, heavy pistols are not as good as submachine guns. However, the best one that she can equip is M-3 Predator:

You can also go for M-5 Phalanx. But I think AI is better suited to use faster-shooting weapons.

I hope this post helped you to better understand how to build Jack in Mass Effect 2. I offered two builds, which may look similar but play different roles in the group.