In this post I will go through all you need to know for complete Grunt build in Mass Effect 2 and Mass Effect 2 Legendary Edition. I will cover the skills, tactics, and equipment that is best used for Krogan.

Grunt is a Krogan that you will encounter in Mass Effect 2. He is genetically engineered that was bred in a tank. He embodies the best traits of Krogan making him able to absorb large amounts of damage.

This section will cover what skills and when you should pick for the strongest Grunt during any point in the game. 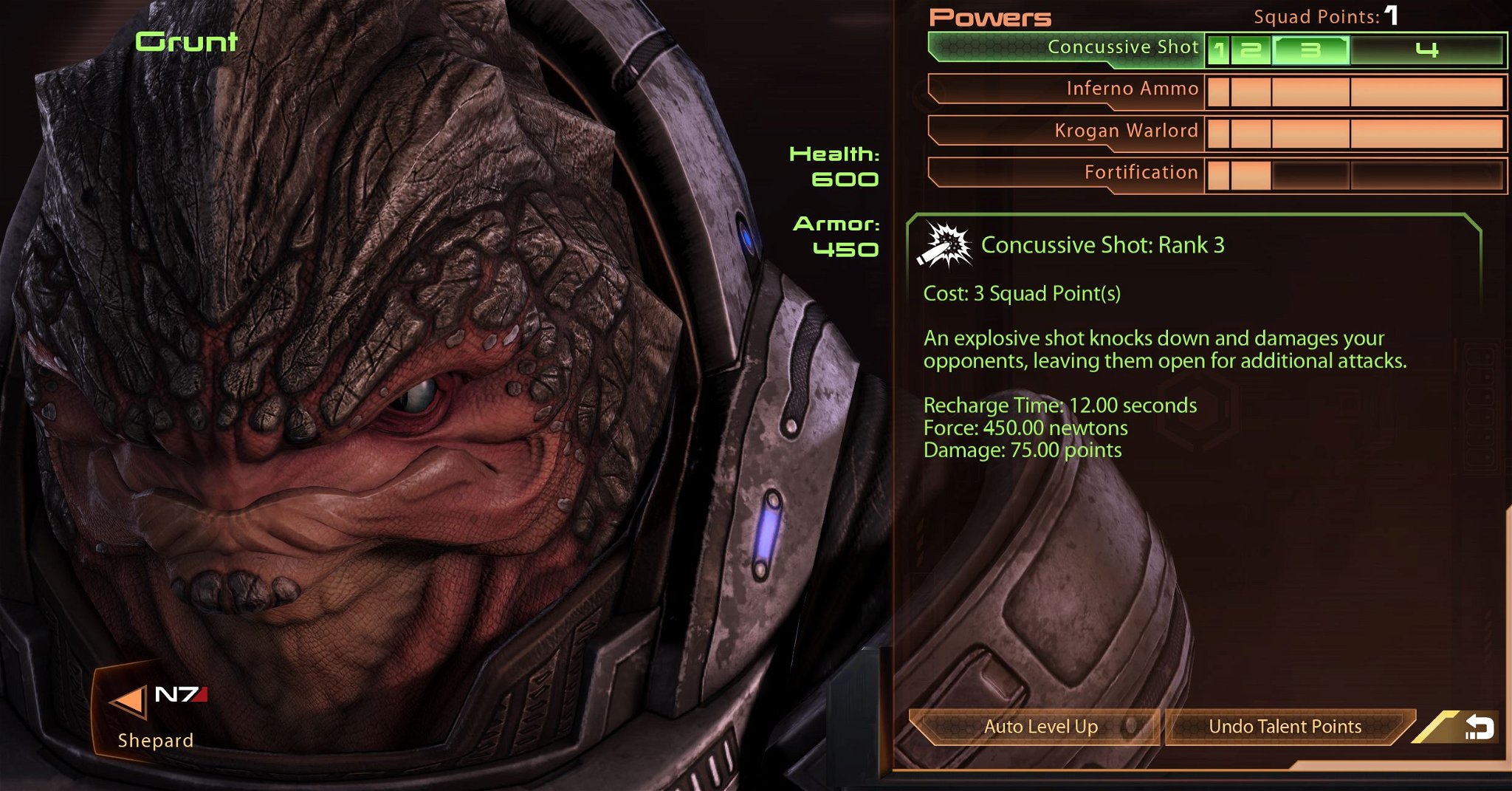 Here is how you should allocate squad points early in the game:

Here is why you are taking these abilities early in the game:

In the mid-game, you should be able to finish Grunt's loyalty mission. It will unlock a new skill - Fortification, which will make Grunt an unstoppable tank. I suggest saving 3 points for this skill 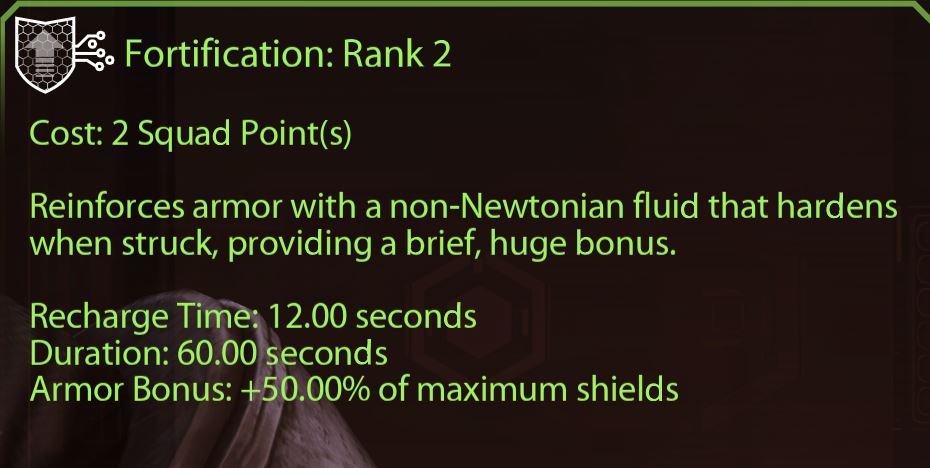 At this point in the game with good companions builds you should have no problems taking any enemies even Scions. Grunt should be able to handle them all.

In this section, I will go through what equipment is best to have equipped on Grunt

Tactics wise shotguns will make Grunt go close to the enemies. This will ensure that he tanks enemies and does not let them attack Shepard or other companions.

Lore or role-playing wise you would go for X-300 Claymore. However, the problem with it is that it has only one shot in the clip. However, Grunt can utilize this well as he constantly would run to the enemies making that shot count.

However, I would rather recommend Geth Plasma Shotgun. It is fairly effective at longer ranges, has a faster firing rate. This makes it perfect to be used by AI

Moreover, it has a higher Shield and Barrier multiplier. This helps Grunt to balance his effectiveness against Armors with Incendiary ammo.

For Grunt I suggest M-96 Mattock. It is the most well-optimized Assault Rifle. However, you will probably not equip this weapon on him, so in the end, it may not matter

Grunt should mainly be used as a tank. Due to this here are my recommendations:

Grunt is an extremely effective Tank companion that you will meet in Mass Effect 2. This post should help you to understand how to best use and build him.