In this post, I will be covering how you should build your Solas for best damage and AI support. This will help you better enjoy Dragon Age Inquisition.

Solas is an elf who will join your party early in the game. He prefers to stay in the Veil, and will provide interesting dialogues.

So let us go through Solas build

Until level 10 we want Solas to be a good mage all around for a few reasons:

Once you reach level 11, specializations will unlock and you can start working on the full Solas build

With this Build, Solas will take a role of a support mage crowd controlling the battlefield. To best utilize it I recommend having another mage in the party (either Inquisitor or Vivienne/Dorian) who could concentrate on dealing large amounts of damage.

Thanks to the skills acquired Solas will have no problems by constantly freezing, weakening, and knocking down enemies.

In this section, I will show skill tree images so that the reader could get a fast overview on how Sola's skill points should be allocated

IMPORTANT: Get relevant Amulet of Power for Solas to maximize the number of ability points

Sola's main objective is to get Barrier to support party members

Storm tree will provide Energy Barrage. With this ability, you can expand Solas elemental damage by using different staves

Winter tree will provide spells to crowd control enemies: freeze and chill them

In this section, I will go through all the skills and talents that need to be picked for this Solas build in the Dragon Age Inquisition.

IMPORTANT: Get relevant Amulet of Power for Solas to maximize the number of ability points

With this, the core of the build is finished.

These abilities are the ones which I think are useful to have to further improve your build:

In this section, I will go through recommended equipment for Solas

Generally, the ones with a boost to critical damage should be equipped when Solas has a 50%+ critical chance

Generally, I prefer craftable staves if you have good masterwork and other materials

I think all of the armors listed below are extremely good, choose the one to your liking

Solas will have to use almost all 8 of his skill slots. I think this is possible due to the way Rift mages regenerate mana: dealing constant damage. Here is my tactics setup: 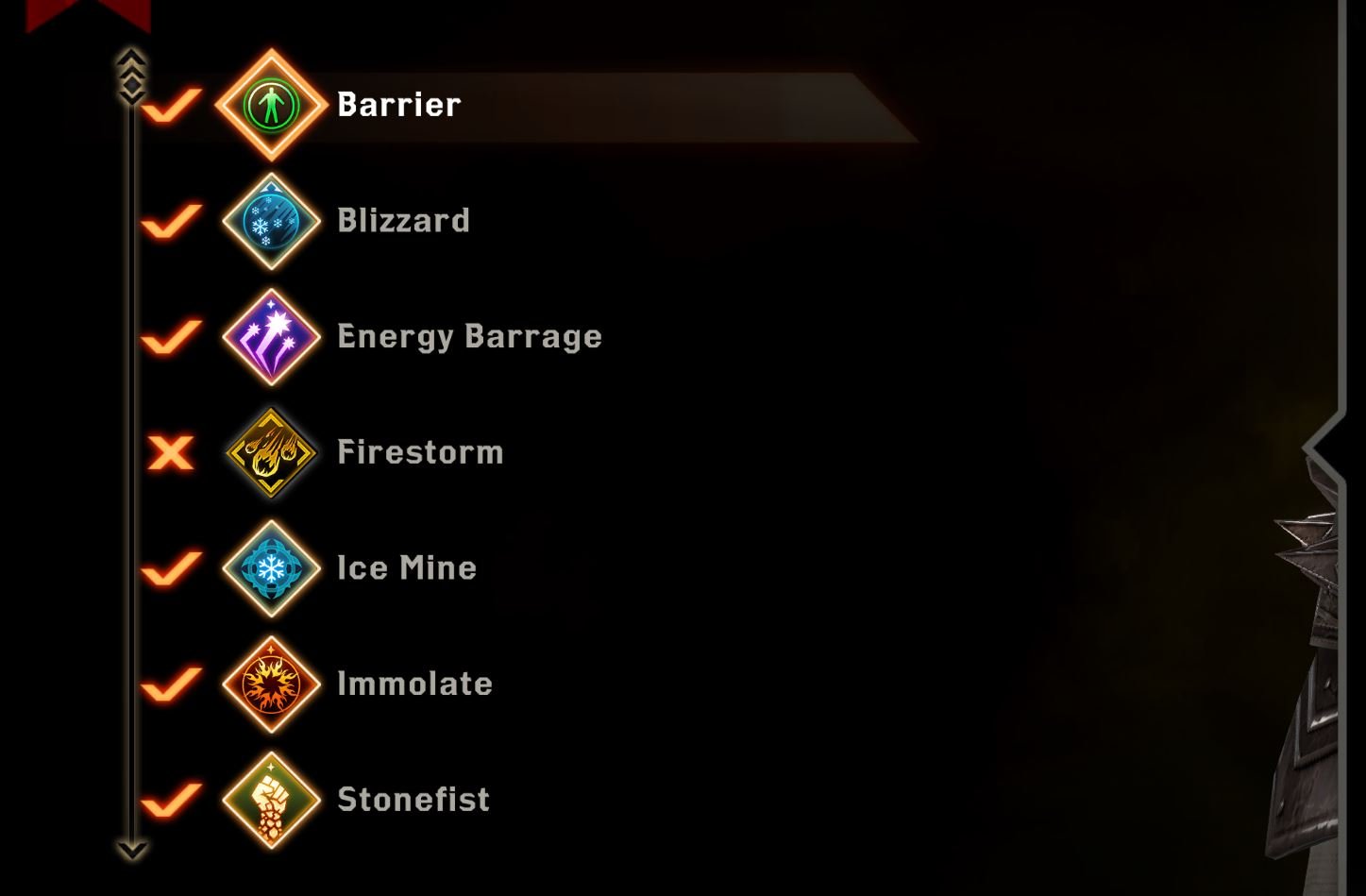 All skills should be set to "Active", except these: Winter's Grasp and Firestorm. Here is my reasoning:

I hope you enjoyed reading this guide. I tried to go into great detail about how you should be building Solas in Dragon Age Inquisition. This includes spells, stats, and tactics.

Feel free to leave any feedback down in the comments below

should i tweak anything in behavior?

Set him to either follow the tank or himself.

Regarding mana reserve, set it to 50% without Sigil of the Great Bear. If you have it equipped, set a lower value but not 0%