This post covers the best Tali build in Mass Effect 3 and Mass Effect 3 Legendary Edition. She is a Quarian Engineer who joins Shepard for the Third time.

Tali is a bit hard to pull off correctly. You will need some practice, but she can create some crazy combos and be very effective against Synthetic enemies. The build uses Combat Drone and Tali's Tech Abilities to confuse enemies and strip them of their defenses. 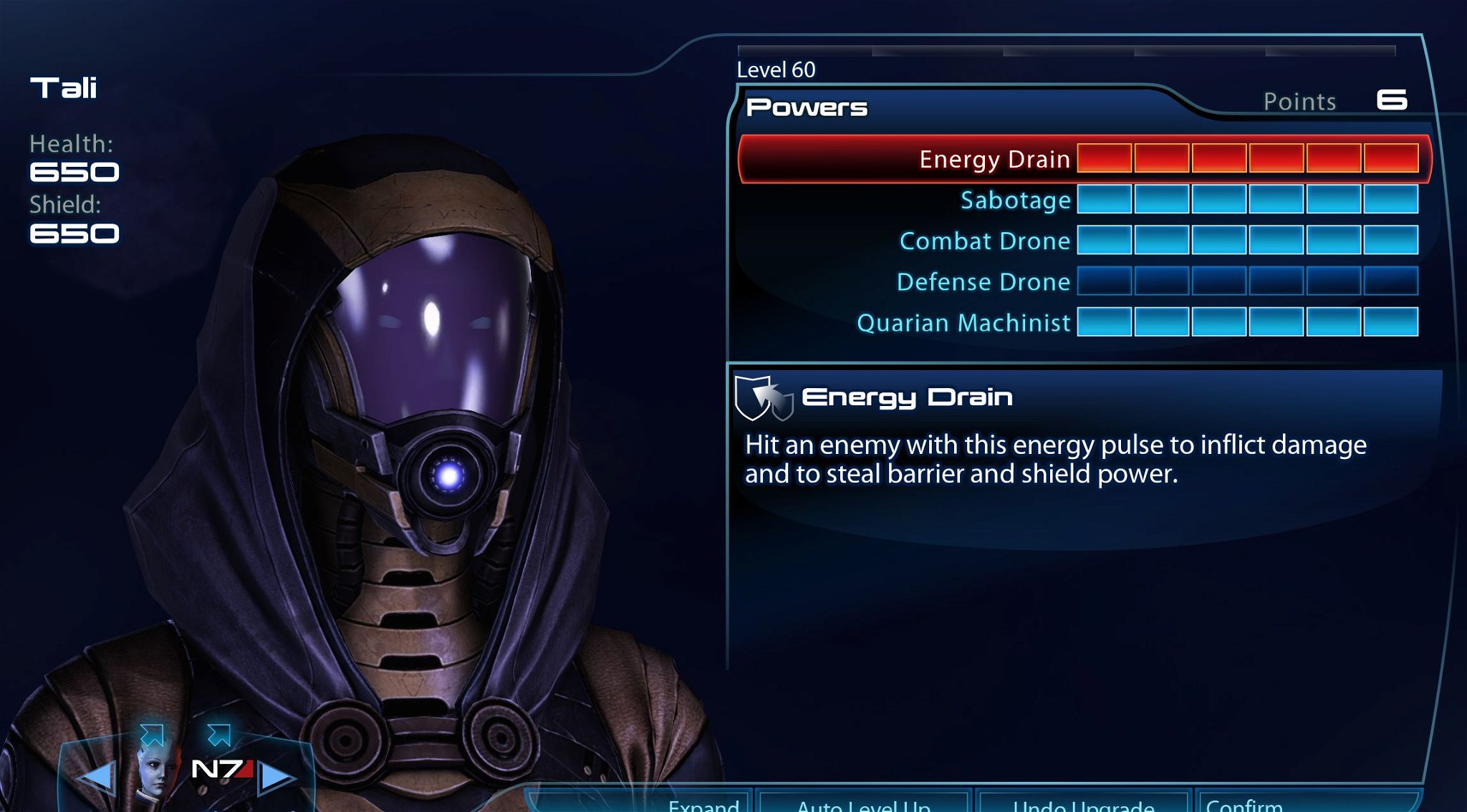 I forgo the Defense Drone as it works best when in close-range combat. Unfortunately, Tali is very fragile and will die easily in these situations. Due to this, we want her to be effective at long range.

This section covers detailed ability progression for Tali Build. This is just a suggested progression, feel free to adjust it based on your needs.

I suggest maximizing Energy Drain and Sabotage very early. These will greatly help during Act 2 of the game where you will fight multiple synthetic enemies.

I would like to give a few tips for Tali build so that it would be very effective throughout the game.

Tali is very useful on missions that include synthetic enemies like Geth. I would say she is mandatory on all missions and the game tells you that by picking her.

Sabotage will allow them to take over enemies. This will be very useful against enemies like Geth Primes who are very powerful and can help you to take out other enemies.

Energy Drain is perfect for setting up a Tech Burst and removing enemy shields.

The drone is a very useful ability that can draw enemy attention and stun them. Spawn it behind enemy lines to make them turn around and concentrate their attention elsewhere.

Once that happens feel free to use Shepard's or other companions' powers to take them out one by one.

Tali is perfectly suited to run with other Tech classes. Due to this here is what I suggest:

This section will cover what equipment you should be using with Tali Build.

Tali can use shotguns, but she should avoid close-range combat. We try to pick those weapons that allow her to shoot effectively from afar

In mass Effect 3 different companion armors provide some different stat boosts. So it is a good idea to see what you pick. Here is what I recommend for the Tali build:

Thank you for reading this post on the best Tali build in Mass Effect 3. I covered recommended abilities and their progression, best equipment, and tactics.

my friend your builds its the best, you help so much, plz continues the builds and go to andromeda

Hey! Thank you. I still plan on finishing some mass effect 3 builds. After that I will see what is the next game :)