In this post, I will go through the complete Sera build in Dragon Age: Inquisition. It will cover all you need to know about the best skills, tactics, and equipment.

Sera is an elven archer. She has an interesting personality that makes some players confused. The reason is her "Friends of the Red Jenny". She is exceptionally skilled in combat and provides great support to Inquisitor

Early in the game, our main priority is to have Sera act as an effective archer. This is fairly difficult to achieve due to the limited number of skills points you have. However, here is what I would prioritize:

Unfortunately, there are not many skills that will support AI. Due to this, the build may feel lackluster, but we will greatly improve in the mid-game

With this build, we will concentrate on making Sera as effective as she can be. She will shoot as fast as a machine gun, tearing through enemies. Not only this but due to constant critical hits she will be able to spam skills to her heart's content: 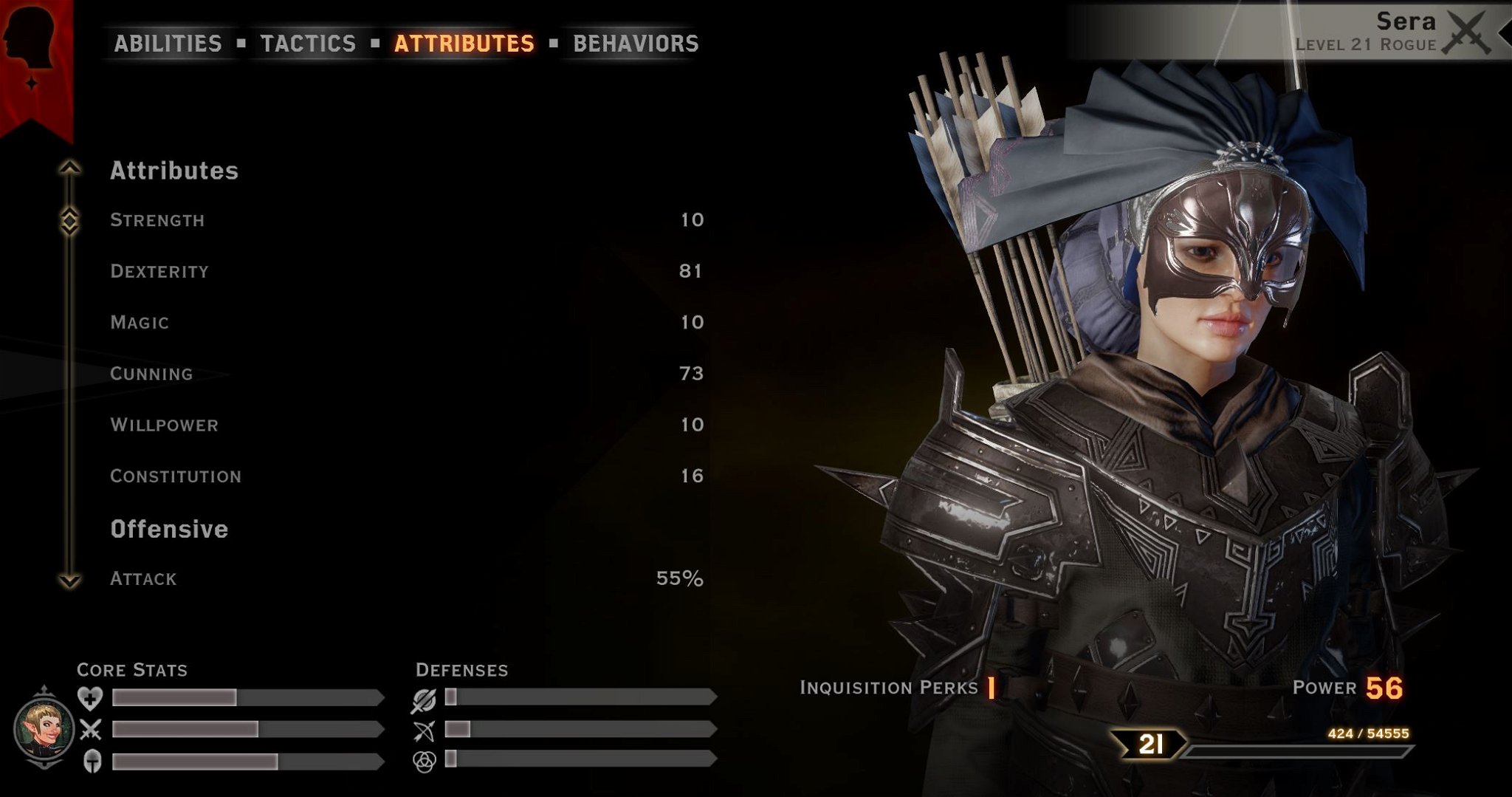 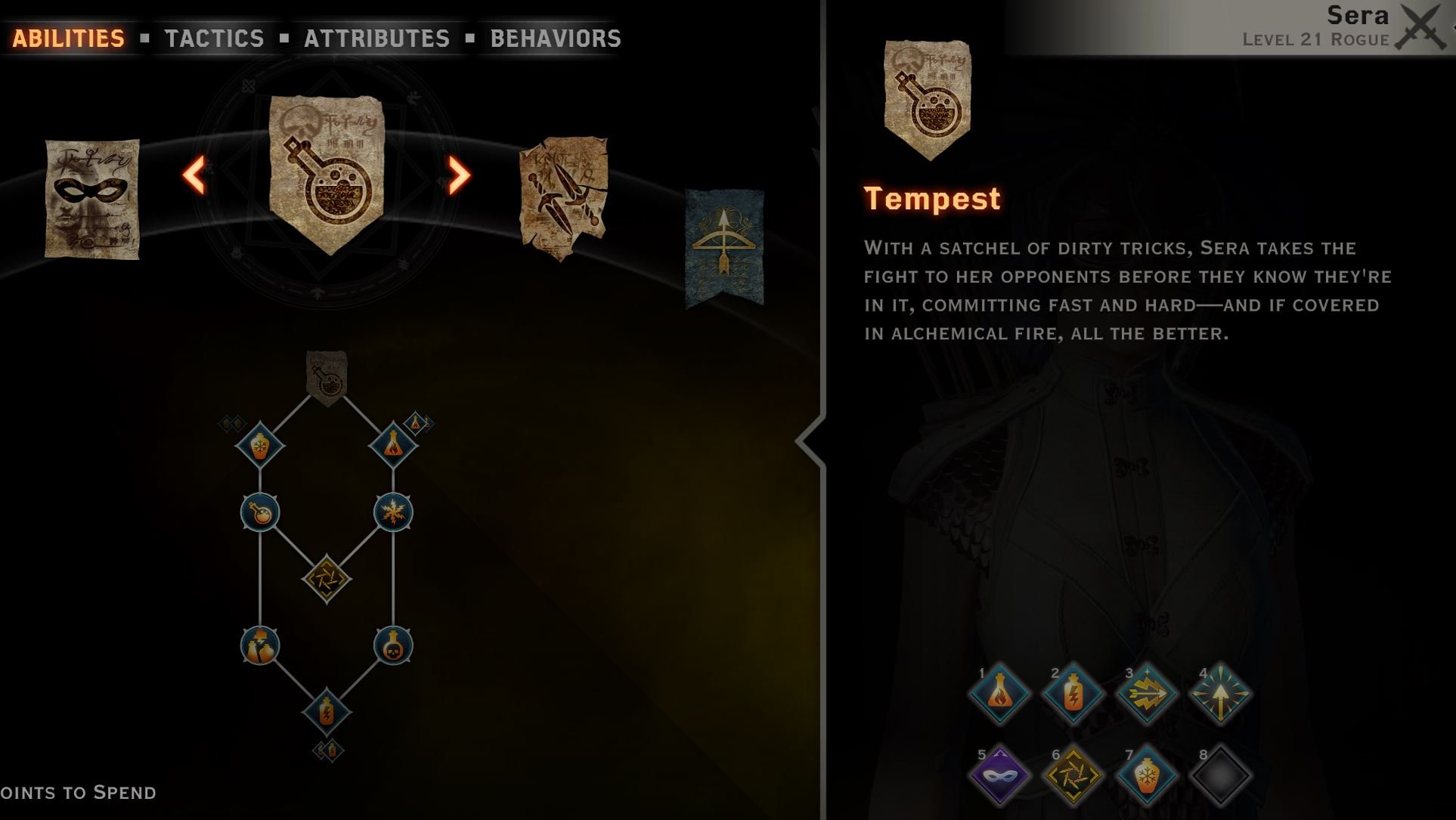 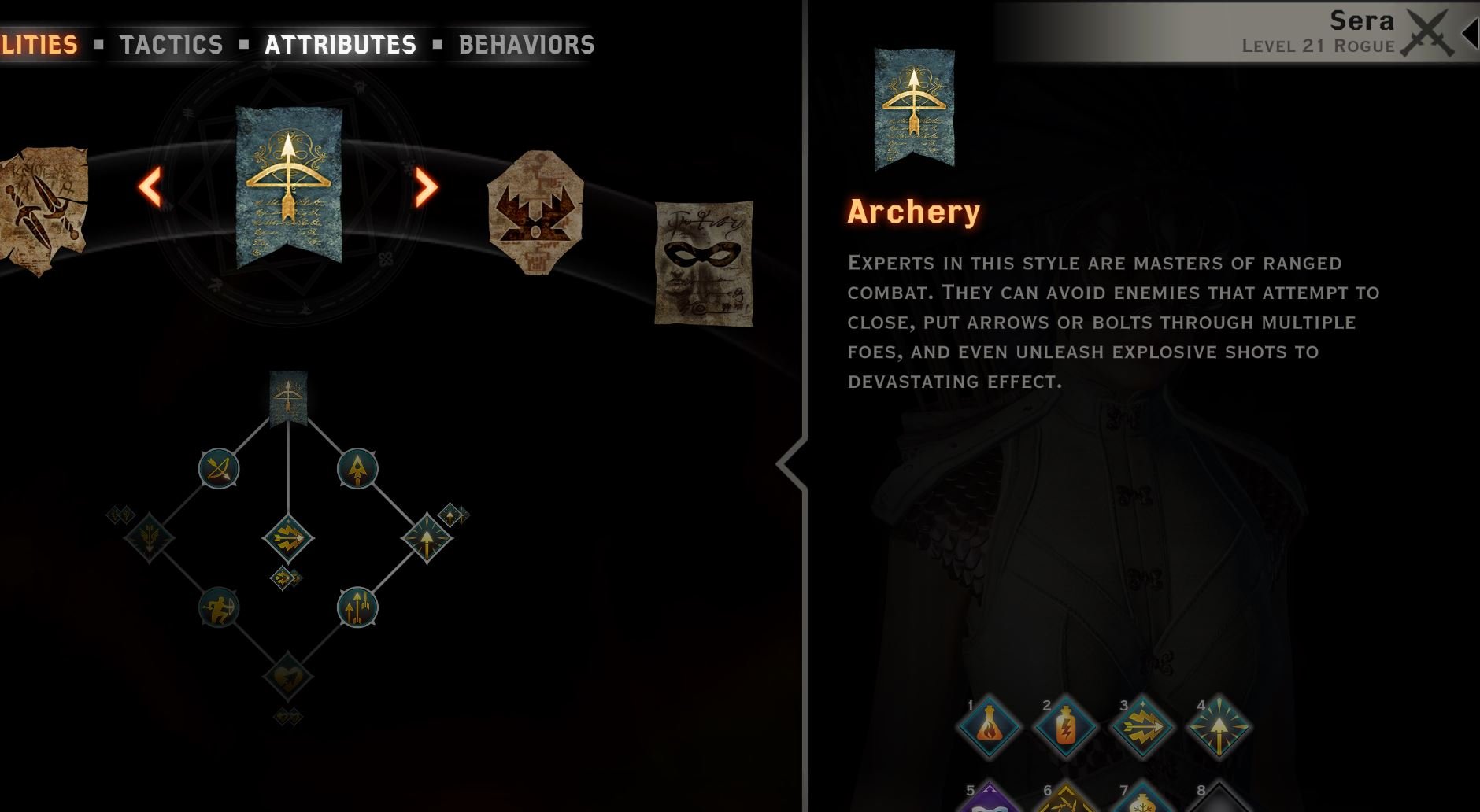 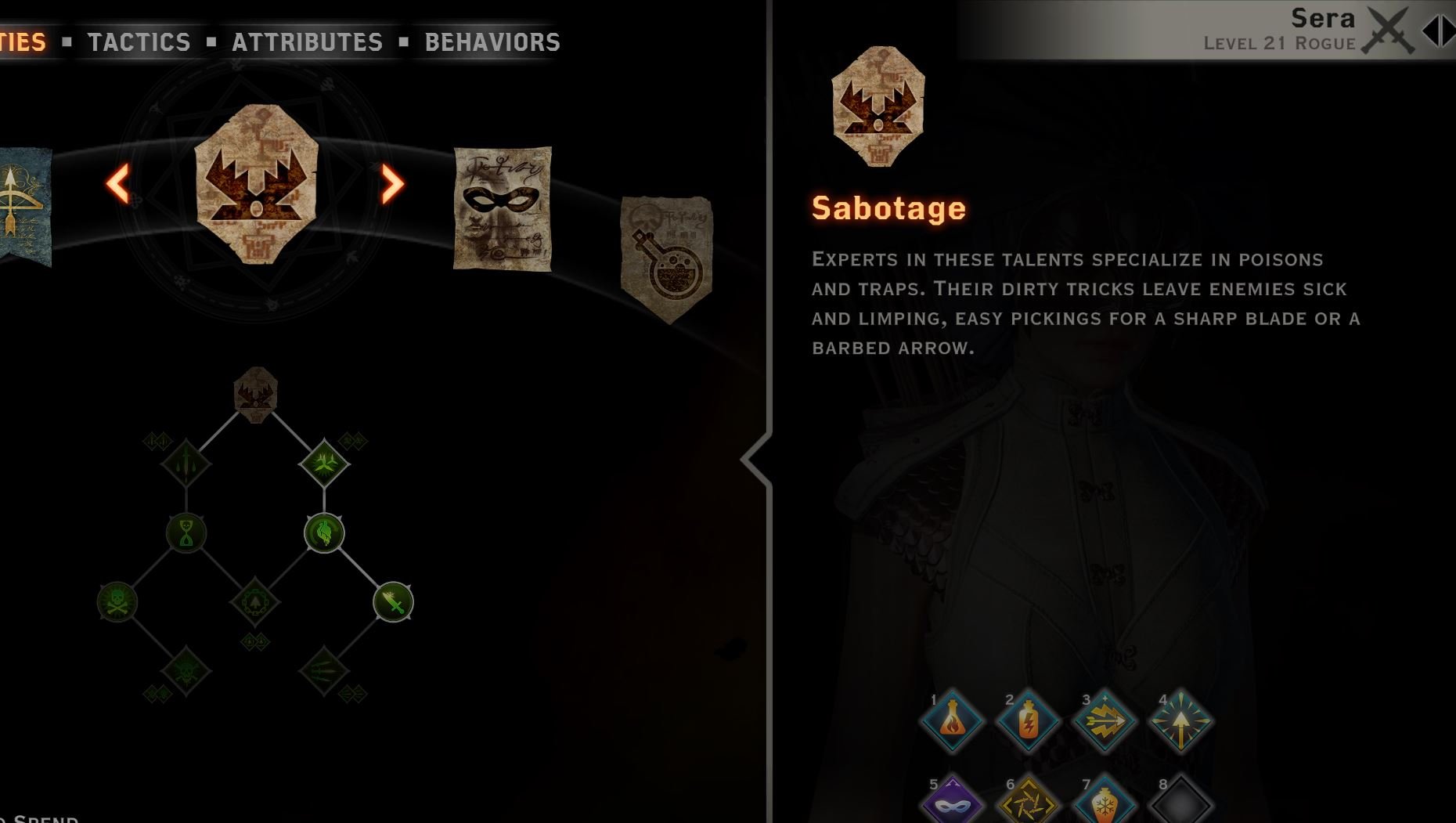 With the Tempest specialization, we unlock great possibilities. Here is how you should start:

This section will cover how you should set up Sera's tactics and behaviors to maximize her efficiency as a companion.

This Sera build relies on auto attacks mostly. However, once Flask of Fire is activated she should use Explosive Shot and Long Shot constantly. 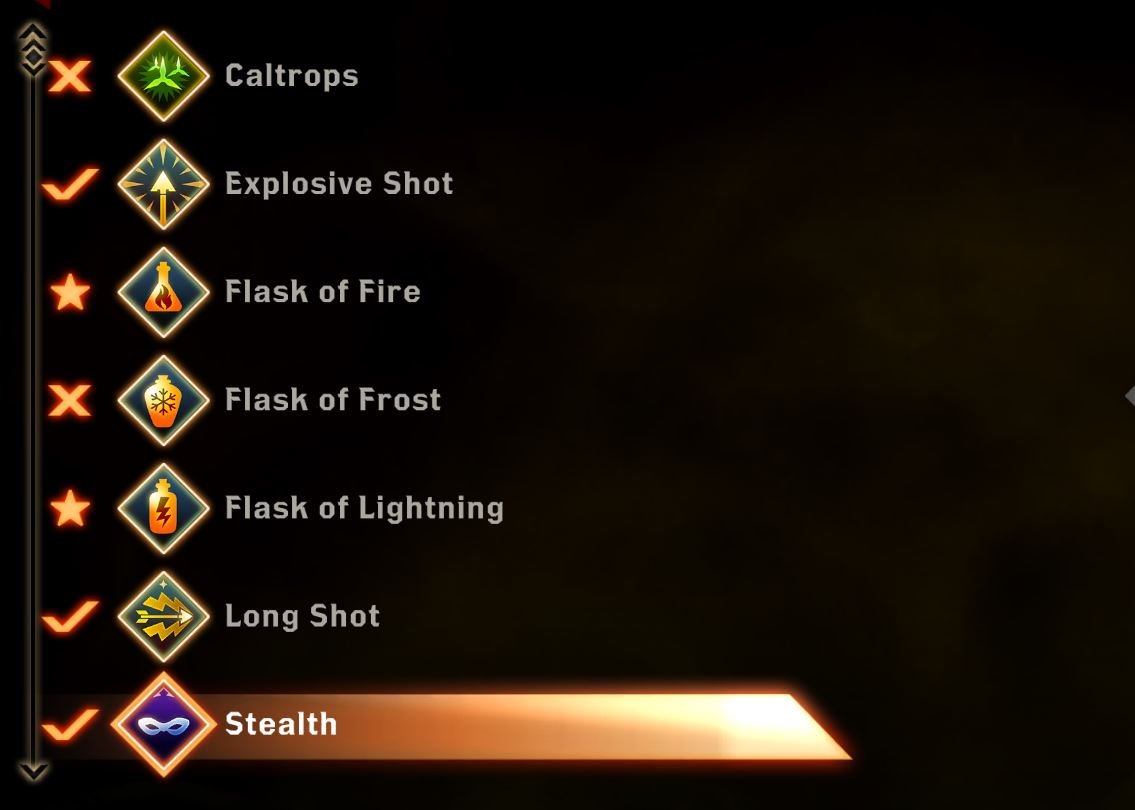 In the behaviors window here are my suggestions:

Here is how I recommend prioritizing stats when deciding what equipment to wear:

In this section, I will give some high-level recommendations on what to pick for Sera.

I recommend Hidden Blades. This is the extremely powerful passive that can be acquired by crafting equipment with: Fade-Touched Ring Velvet, Fade-Touched Velveteen, Fade-Touched Plush Fustian Velvet.

Here is a list of some recommended items to use for this Sera build:

I hope it was interesting for you to read about this Sera build in Dragon Age Inquisition. It should cover all your needs to fully prepare her as a strong companion.