In this post, I will cover how to build a Soldier class for Shepard in Mass Effect 2. I will walk through squad points allocation and progression, best equipment, and tactics.

The soldier class is extremely versatile as it is able to use all weapons in the game. Moreover, it has a wide array of special ammo-related skills that help against any type of opponent that you will encounter.

This section will cover squad points allocation progression. First, take a look at how the end build should look

I do not take Concussive Shot. It has 6 seconds cooldown and I think you are better of using Adrenaline Rush.

Now I will go through greater detail when and what skills you should pick. The ones at the top should be invested in first.

In this section, I will go through what equipment should be used on Shepard Soldier build.

This will probably be Shepard's main weapon which will be mostly used throughout the game. Due to this, it is important to select the correct one and the best available.

The primary choice is M-76 Revenant Machine Gun. To acquire it you will have to select Assault Rifle Training in the Collector Ship mission.

Although it has low Accuracy when you use the Adrenaline Rush the recoil is negated allowing you to precisely hit enemies.

Another great Assault Rifle is M-96 Mattock. You will acquire it with Firepower Pack DLC or in the Legendary Edition from Kenn's Salvage in Omega.

However, it would require a bit of a different approach. It has a smaller clip, due to this you should concentrate more on landing precise shots

Mattock can also empty the whole magazine during the single Adrenaline Rush, making it effective pair with Soldier class

Although you would think Sniper Rifle is for Infiltrators, it can effectively be used with a Soldier. For this build, I would go with the fastest fire rate sniper rifle - M-29 Incisor

It will shoot three shots, making it effective when adrenaline Rush is used.

Another good rifle is M-97 Viper, but I recommend using it on enemies with a lot of armor and health: YMIR mechs, Scions, etc. This way when shooting from afar you can use the whole clip

I personally do not recommend using shotgun often with this particular build. The reason being is that your adrenaline rush upgrade is not suited for that. However, you can still go with something like M-27 Scimitar 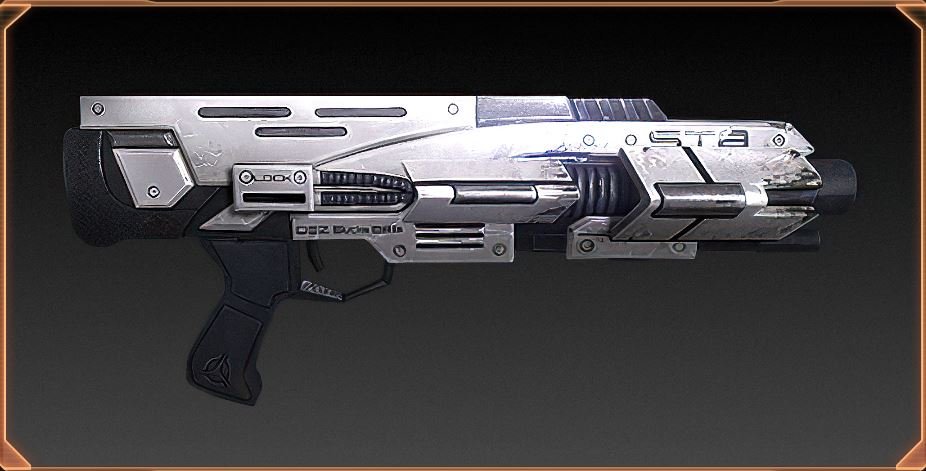 It will be able to shoot 3 shots during the Adrenaline Rush effect. However, as I have mentioned you should concentrate on using either Assault Rifle or Sniper Rifle.

I do not recommend using it on this build. Any pistol will work.

Armors can give good bonuses to the main stats in Mass Effect 2. Shepard is the only one who can equip them. So it is important to pick the right ones

I think this is the most important section of the post. I will try to give you general recommendations and tips on how to best play with this class. Be sure to read it.

Having Hardened upgrade, during the Adrenaline Rush be sure to dish out as many shots as you can. You will receive reduced damage to Health. Due to this, use the opportunity to leave the cover and shoot as much as you can.

One Ammo for you another for Squad

You can activate Squad Warp Ammo so that it would be active on your companions and then put on Inferno Ammo. However, if you have a companion like Jack, and she has Squad Warp Ammo, switch up your skills and put Squad points somewhere else, there is no need to have two Squad Warp Ammo in the group

Change Ammo based on enemies

If you will fight enemies with armor, use Inferno Ammo. However, if you will fight against Geth be sure to switch to Disruptor Ammo. These are the main tactics that you should use with a soldier during different encounters.

One of the best companions to take for you is Miranda, She will provide bonus weapon damage to the whole squad. Then it is your choice. You can take Jacob or Jack to create Biotic explosions with them and deal weapon damage with Soldier Shepard.

However, you can go in another direction and take someone like Zaeed or Thane to deal crazy amounts of damage with Incisors and ammo upgrades.

For this build, I recommend using a Viper sniper rifle. However, it should be used against strong enemies like Scions, Krogans, etc. Unfortunately, you will mostly need two shots against weaker enemies, so you cannot utilize its fast fire rate.

Thank you for reading this post. I tried to go into great detail on how to build Shepard Soldier. This should cover you on how to allocate squad points, what weapons to pick and what squad to take with you.

Feel free to leave a comment below if I have missed anything!