This post covers the Best Sentinel Builds in Mass Effect 2 and Mass Effect 2 Legendary Edition. It is a unique class that relies on Tech Armor ability that allows to play offensive, defensive, and support roles.

This build offers a Sentinel build that concentrates on using its armor to stun enemies and increase its survivability.

You will be able to stun enemies within an 18-meter radius once your armor is destroyed. Moreover, 50% of it will instantly be restored. Due to this, the build is extremely sturdy. You will be the last one standing in most of the encounters if your companions are taken out.

This section will cover the end-game build squad point allocation for the Sentinel build. This is a quick overview 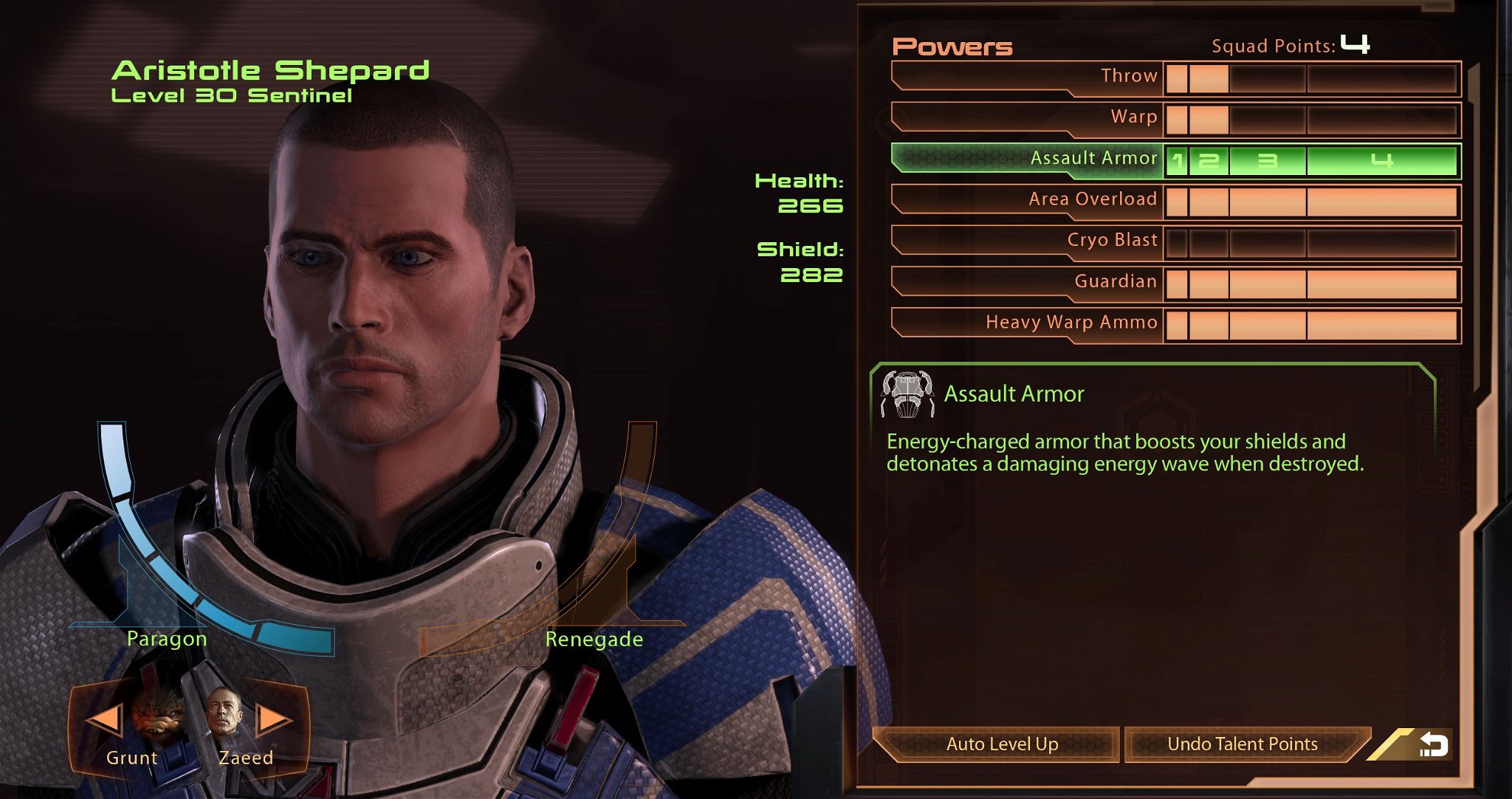 Due to Warp Ammo bonus power, this build will have no problem against enemies with Barriers. We also take Overload to deal with enemy shields and synthetics.

As an alternative to Overload Lv 4, you can also take Warp Lv 4. It will greatly improve your offensive capabilities against barriers and armor and will be invaluable on the last mission.

In this section, I would like to go through some tips on how to best utilize the Sentinel Build in Mass Effect 2.

During the Collector Ship mission, you will be able to obtain Advanced Weapon Training. This means that Sentinel can start using assault rifles, shotguns, and sniper rifles.

My personal preference is Assault Rifle. This weapon allows Sentinel to engage in close and long-ranged combat. This way you can choose a preferred way to fight enemies. Moreover, it deals much more damage compared to other weapon types Sentinel can use.

You can also go for Shotguns, but they require to be in the enemy's face, risking your life. Of course with some practice with Assault Armor you can become effective at using this weapon.

Sniper Rifle is the least preferred option in my opinion. It is not bad, in fact, it is very good, but it just does not fit the role-play of a Sentinel for me. Have in mind, Soldiers and Infiltrators are more effective with this weapon as they have time-slowing capabilities.

Due to the nature of the Tech Armor, the Sentinel can engage in melee combat. However, you should not do it when there are multiple enemies targeting you. This should be done when there is one enemy that you can take out safely and need to save ammo.

What makes it work is that if your Shields are depleted you release a large pulse that knockbacks enemies. This moment allows you to release multiple melee attacks and stun lock an enemy. Have in mind this will not work on Elite enemies.

Sentinel's Tech Armor level 3 comes with a unique ability that instantly resets cooldowns of companion abilities. It is confirmed that this is a bug left by developers that have not been patched.

However, we can use this to our advantage and have an overpowered team in the squad. So have this in mind when picking companions for the best combinations

This section will cover recommended equipment for the Sentinel Build in Mass Effect 2.

This section will cover what armors I recommend for Shepard Sentinel Build. There are multiple options and a few things to concentrate on:

Thank you for reading this Sentinel build post in Mass Effect 2. I hope you enjoyed it and now better understand how to use this stealth class correctly.