Raiden Shogun has been released during Sep/01/2021-Sep/21/2021. Her character banner was of the top popular characters in Genshin Impact. 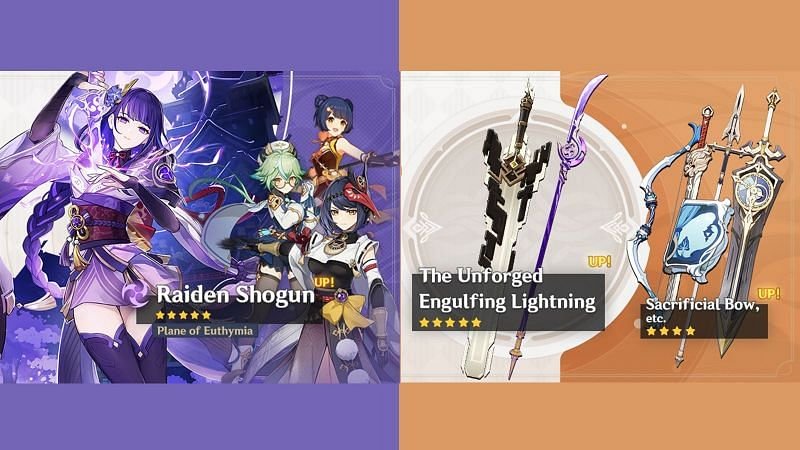 But when will Raiden Shogun be released and come back again? When is the Raiden Shogun release date after version 2.2? Here are some of the information that I collect here.

According to some leaks, an Anemo Character will be released in 2.5, too. Raiden Shogun and Kazuha/ or Kokomi will be in the same banner. But Venti is a Mondstadt Character, and might not have the story content in 2.5. So Kazuha or Kokomi could be rerun again 2.5.

The first rerun banner was on March, 15th, 2021. In February it is the Chinese New Year, after the Lantern Rite Festival.

However, the rerun banner could be changed if the Game Managers decide on some new plans in the new versions.

Hope you have nice luck, travelers.

Here you can see all characters and weapons' banner details in 2.5 (2.5 Character Banner Rerun | Weapon Banner Release Date and Details )

Thanks for the info now I can save 🤩🤑

So is raiden shogun come back on the pls get her bach because I don't have her yet and I like her.pls come back

I'm hoping to get Raiden when she has another rerun sometime in the foreseeable future, however I dont know how long I will have to wait for her.

I can't decide to focus getting klee, kokumi or raiden shogun.

I hope you all have good luck pulling for the characters you want!

Thank you, I appreciate it so much

IDK IF I SHOULD WISH FOR GANYU OR RAIDEN SHOGUN, PLEASE HELP. SERIOUSLY

I’d say get both by lucky pulls.

Definitely get shogun if u dont have her

i have the exact same problem, idk who to wish for qwq the struggle is real xD qwq

Raiden but idk I she's getting a rerun

Is she a Dps? I found somewhere that she is the strongest support

For eula, yea. The best comp in th game currently. idk bout others tho

eula raiden not even the most meta comp for raiden..

I hope this is right lmfao

Will venti rerun first or raiden shogun? Coz I wan them both but I dont have enough primo

as far as i know venti will come on 2.6 firast banner

and u were correct

The Raiden shogun banner was on when I was a F2p character. I also missed her and won my first 50/50 with Kokomi instead (i love Kokomi I'm not even lying) but I still want Ei.;-;

I want her in V2.5 second banner or first banner idc I just want her rerun banner to be on V2.5 with year miko

I'm hoping for a Venti banner -- I need a 2nd strong anemo for crowd control for team 2 in the Abyss. Kazuha nails it for team 1, but Sucrose just doesn't cut it for team 2 ...